Afghan Great Game changes with the return of 'Butcher of Kabul' 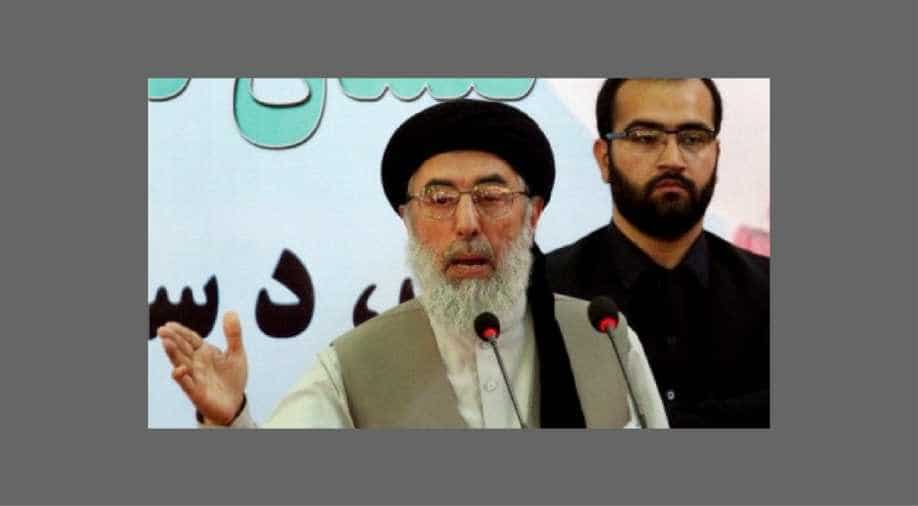 Widely reviled as the Butcher of Kabul, Gulbuddin Hekmatyar is back in Aghanistan after 20 years of exile and what this means for the world Photograph:( Others )

Afghans were dealt a blast from the past one morning late last week: Newspapers front paged a photograph of President Ashraf Ghani and his Chief Executive Abdullah Abdullah flanking the man widely reviled as the Butcher of Kabul, Gulbuddin Hekmatyar. Also in the picture was former president Hamid Karzai.

Hekmatyar's return to Kabul after 20 years of exile could be described as nothing less than triumphant. He rolled into the city in a convoy of vehicles with his armed Hezb-I-Islami fighters in tow. Apparently, his murderous shelling of Kabul in the 1990s civil war was no longer an issue, which suggests that the Afghan pot is churning again with uncertain consequences for India. But more on that later. Let's look at some other developments.

This week the Pentagon will shoot off a set of recommendations on Afghanistan to President Trump: The buzz in the US media is about the military proposing to send at least 5000 more troops to that country to add to the 8,400 already there. The troops will be largely "trainers" for the Afghan military.

It doesn't take a genius to figure out that when the US was not able to sort out the Taliban with 100,000 troops, it cannot do so with 13,500. At the same time, Trump apparently has given his  military brass full freedom on Afghanistan. The only caveat is the US should not end up looking defeated.

This comment from Gen. Raymond Thomas of the US Special Operations Command provides insights into the army's thinking.  He said the critical factor in Afghanistan was the US commitment to “a sound enduring state” which he said, was “not described effectively” in the past. “I think our new strategy is going to establish that definition.”

Sameer Lalwani and Travis Wheeler of the Stimson Center, who write in the online magazine The Wire, said the US is hoping to achieve "strategic effects" in Afghanistan, meaning, "the US could use force not simply to reverse battlefield gains by the Taliban but instead could pursue a lasting political settlement."

That point had been underscored by Richard Olson, former US Special Representative for AfPak, in an op-ed piece in the New York Times where he suggested that a political settlement might be possible allowing (and this is important) for reconciliation and Taliban entrance into the Afghan state!

Finally we have it: The US maybe preparing to do what was until now considered unthinkable, shake hands with the Taliban.

The US maybe preparing to do what was until now considered unthinkable, shake hands with the Taliban.

The pundits would say Washington is rather belatedly waking up to  the realities of its 17 year Afghan adventure. The Special Inspector General for Afghan Reconstruction recently reported to the US Congress, that Taliban shadow governments now operate in virtually every province and control some of them, like Helmand. Government centres throughout the country are under constant pressure from Taliban insurgents.  Violence throughout 2016 and in the first quarter of this year, have reached their highest level since 2007.

Afghanistan's neighbours appear to have woken up to this much earlier. Russia and China have been talking to the Taliban, apparently seeing them as less of a threat than the Islamic State. This is happening when the Islamic State's presence in eastern Afghanistan is at a nascent stage, there is no great territory it controls and its rank and file appear to be disgruntled elements from other insurgent factions including the Taliban.

Even Shia Iran appears to have come on board to support the Sunni Taliban. There are reports of Taliban leaders being sighted in Kerman, Yazd and Mashad in Iran. Also that the Taliban shura has been allowed to operate since 2012 from Zahedan in south-east Iran bordering Afghanistan. The Afghan government says Taliban leaders cross over into Iran with valid visas on their passports. Gulbuddin Hekmatyar, incidentally, is reported to have been living in Iran for the last seven years despite his anti-Shia proclivites.

South Asia writer Ramtanu Maitra of the Executive Intelligence Review, underscores a crucial point, that Saudi financial largesse for the Taliban maybe drying up, the money now shifting to support the Islamic State.  Reports of IS cadres seeking to expand their influence in the Afghan provinces of Zabul, Wardak and Ghazni have been persistent. Maitra points to Russian reports that the IS is infiltrating into Helmand with an eye on controlling the heroin trafficking network there.

Afghanistan's neighbours, it seems, see the Taliban as the lesser of the two evils: Although Islamist and conservative, it is an Afghan movement. The Taliban in turn, may find it convenient to moderate its policies in order to draw the support of neighbours as it seeks to ward off the challenge of the Islamic State.

The Taliban in turn, may find it convenient to moderate its policies in order to draw the support of neighbours as it seeks to ward off the challenge of the Islamic State.

Where does this leave India? Publicly, India's policy is no truck with the Taliban. The group is seen in India as Pakistan's child, an Islamist  terror outfit bent on fomenting discord and violence across the region. But does that imply no contact at all with the group?  Indian diplomats have indicated privately in the past that the Taliban was not known to target India funded development projects. In 2010 Taliban spokesman Zabiullah Mujahid said the movement was not in direct conflict with India and wanted normal relations.  This even while claiming responsibility for the attack on a Kabul hotel in Feb 2010 in which seven Indians were killed.

In 2013, the former Taliban ambassador to Pakistan Abdul Salam Zaeef was in Goa to attend the litfest. Reports at that time said Indian intelligence agencies insisted that he get a visa. Zaeef was picked up by the Pakistanis as the US moved into Afghanistan in the wake of 9/11. He spent time in Guantanamo Bay and the book he wrote after his release is scathing in its references to Islamabad. India is hardly mentioned. Ambassador Zaeef told me in an interview in Kabul some years ago that India did wrong by backing the Soviet occupation of his country and supporting the late President Najibullah. But he also acknowledged India never sent troops to Afghanistan.

Lalwani and Wheeler make the point that an Afghan settlement involving the Taliban could in the long term help India. Currently, Washington's South Asia focus is driven largely by AfPak with Islamabad exercising considerable leverage in the relationship.

This stems partly from Washington's reliance on Pakistan to ensure smooth flow of supplies to its forces in Afghanistan. Also partly because the Pakistan-US partnership is an old one, dating back to the 1950s; in the  Pentagon and State Department there are "Pakistan hands"; there are individual and institutional relationships; most important the Pakistani military and its intelligence agencies provide valuable support to the US even today.  Such ties provide the balance when the outcry against Pakistani involvement and connivance with terror groups gets louder.

Ambassador Zaeef told me in an interview in Kabul some years ago that India did wrong by backing the Soviet occupation of his country and supporting the late President Najibullah.

Lalwani and Wheeler believe this interdependence will diminish considerably after an Afghan settlement no longer requires the presence of US forces. The US may then be more inclined to crack down on Pakistan-backed terror groups, including those directed against India.

There is also the point that with its military capacities being significantly augmented, India may have little to fear from the Taliban. If the group does provide sanctuaries and safe haven to terror groups, India can easily target them. Which brings me back to Gulbuddin Hekmatyar and the churning of the Afghan pot. His anti-India inclinations are well known but sitting in Kabul with a stake in the power structure could transform old attitudes.

The Taliban, for all its faults, remains an Afghan movement. It is also, going by various reports, splintered and therefore difficult for Pakistan to control. It probably explains Pakistan's support for other groups, including the Haqqani network, Al-Qaeda (apparently Pakistan is hiding its chief Ayman Zawahiri in Karachi), besides covertly encouraging the rise of the Islamic State in Afghanistan. India needs to play its cards deftly in this new phase of the Afghan Great Game.