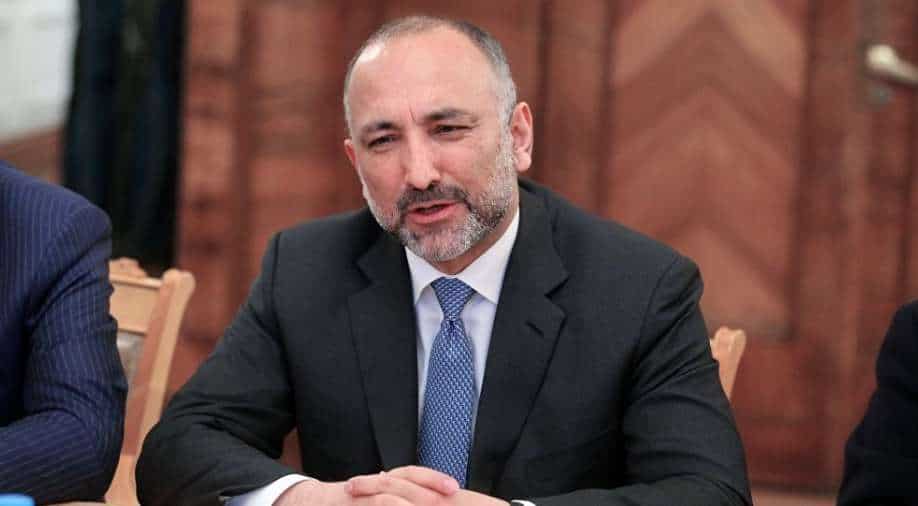 In a visit to Russia, Afghan Foreign Minister Mohammad Haneef Atmar has welcomed Russia`s opposition to the return of the Taliban`s regime, reported TOLO News.

"We strongly support Russia`s position on the Afghan peace process, particularly the stance that the return of Taliban regime will not be acceptable," Atmar said hours after his meeting with Russian counterpart Sergey Lavrov.

"We also welcome Russia`s stance on the UN sanctions on the Taliban," Atmar added.

"Durable peace in Afghanistan is possible only within the framework of the Islamic Republic of Afghanistan. The Republic will not allow international terrorism to operate in Afghanistan and this is in the interest of Russia," said the Minister.

The Ministry of Foreign Affairs (MoFA) said that Russia is not in favour of removing the Taliban leaders` names from the UN blacklist without progress in the Afghan peace talks, reported TOLO News.

Meanwhile, State Ministry for Peace Affairs Sayed Saadat Mansoor Naderi called on the Taliban to demonstrate flexibility in the talks and agree on a ceasefire, which is the main demand of Afghans."Afghans want an end to the bloodshed. Afghans want dignified peace, let`s not waste this opportunity. The solution lies in the negotiating table," Naderi said.

The MoFA statement comes days after the Russian Special Envoy for Afghanistan Zamir Kabulov in an interview said that Moscow prefers that all parties to the conflict in Afghanistan agree on the establishment of an inclusive and transitional coalition government.

He said the peace talks in Doha have failed, calling for the peace process to proceed in the Moscow format where there is also the presence of the US, Russia, China and Afghanistan`s neighbouring nations.

The Russian envoy said the talks in Doha are only about making contact, not peace negotiations, reported TOLO News.