Afghan election bodies at loggerheads over vote in capital 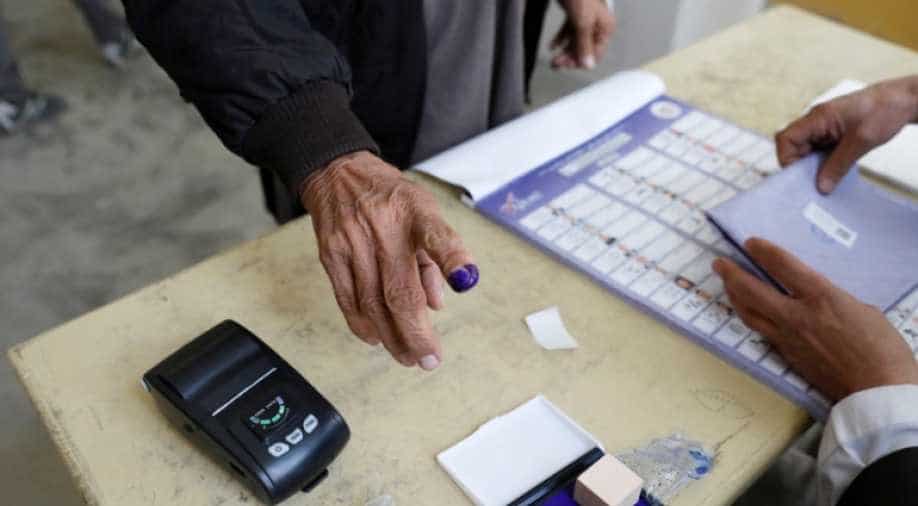 An election official assists an Afghan man at a polling station during a parliamentary election in Kabul. Photograph:( Reuters )

The standoff between the two bodies charged with organising and managing the election highlighted the chaos around a ballot seen as a major test of Afghanistan's democratic progress that had been heavily pushed by international partners.

Afghanistan's top election authority on Thursday rejected a ruling by the Electoral Complaints Commission that fraud and mismanagement had rendered invalid the votes cast in Kabul, the capital, during last October's parliamentary election.

The standoff between the two bodies charged with organising and managing the election highlighted the chaos around a ballot seen as a major test of Afghanistan's democratic progress that had been heavily pushed by international partners.

"The ruling by the complaints commission is a political, sentimental, unrealistic decision and is not based on credible evidence," Gulajan Abdul Badi Sayyad, the chairman of the Independent Election Commission, told a news conference.

"We strongly reject the ruling by the complaints commission."

The ballot, held on October 20 after months of wrangling and delay, was marred by accusations of voter fraud, technical problems with biometric voter verification gear and inaccurate voter lists.

"There were serious outstanding problems in Kabul that could hurt the fairness, transparency and inclusiveness of the election," Ali Reza Rohani, a spokesman for the Electoral Complaints Commission, said on Thursday.

With more than a million votes recorded in Kabul or about a quarter of the nationwide tally of roughly 4 million, cancelling the vote there would call into question the validity of the whole election.

The recommendation to cancel the vote in Kabul also fuels uncertainty over the April 20 presidential election, which election authorities have said they are considering postponing until July, due to organizational difficulties.

Any delay to the presidential election could affect hoped-for peace talks with Taliban insurgents, who have opened contacts with the United States but have so far refused to talk to the government of President Ashraf Ghani.

Authorities have still not released complete results from the October 20 parliamentary ballot, dogged by delays that pushed voting into the following day.