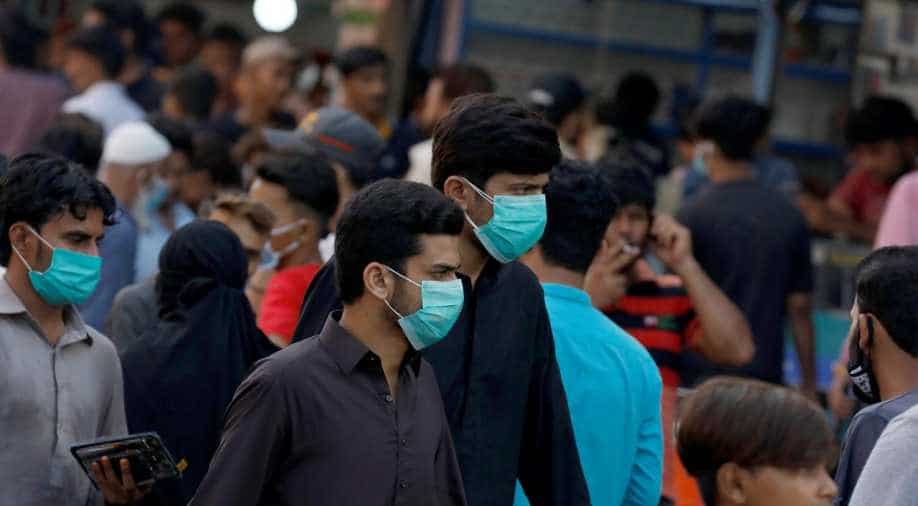 As winter sets in, cold weather, pollution and public apathy to the coronavirus are weighing heavily on Pakistan’s limited health care system

Iqbal Shaheen, a taxi driver, drove his sick father to this city’s three main hospitals. All of their intensive care beds and ventilators were occupied.

Shaheen was told there might be room at a private hospital, for $625 a day, far above what his earnings of $10 a day could cover. He took his father home to die.

“The poor cannot afford to be sick,” Shaheen said. “Without political connections, a coronavirus patient cannot get admitted at a public hospital, while paying a private hospital’s bills is unthinkable.”

As winter sets in, cold weather, pollution and public apathy to the coronavirus are weighing heavily on Pakistan’s limited health care system.

Pakistan’s COVID-19 positivity rate has rocketed up to about 7.7% of tests administered in recent weeks from only 2% in October, but Prime Minister Imran Khan has closed schools while ruling out a second lockdown, saying it would decimate the economy.

By official figures, Pakistan is weathering the coronavirus better than the United States, Europe and neighboring India. Total infections have reached 448,522, according to researchers at Johns Hopkins University using official figures, and more than 9,000 people have died.

Still, cases are surging, and limited testing compared with other countries suggests the virus could be racing through the country at an even higher rate. Health experts cite ineffective government limits on personal contact and widespread doubts, often fueled by conspiracy theories, that COVID-19 poses a threat.

Despite the rise, people in Karachi show few signs of concern. Even as the positive testing rate topped 18% in the city of 20 million, markets were packed with shoppers without masks. Meanwhile, politicians and clerics have sown doubts.

In April, Tariq Jamil, a popular Islamic preacher, used a televised sermon that was attended by Khan to assert that the virus was God’s wrath over women dancing and dressing immodestly. In another video spread on social media, Kaukab Okarvi, a cleric, accused doctors of killing patients.

Rather than take on powerful political and religious figures, the government has aimed new health restrictions at small businesses.

“Instead of stopping them from holding rallies, government personnel harass small traders, restaurant and marriage hall owners, and mint money in the name of COVID-19 health regulations,” said Hakeem Shah, a merchant who organized a protest against restrictions earlier this month.