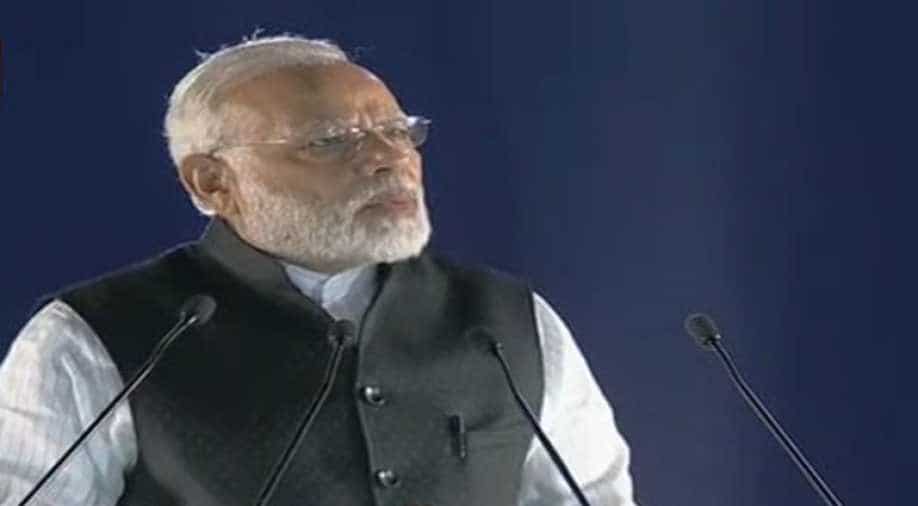 PM Modi said the impact of the government's steps to curb the growth of black money was evident since as per the Swiss Bank, there had been a 45% drop in deposits by Indians

India's Prime Minister Narendra Modi warned black money hoarders that they were in for a tough time once Switzerland begins automatic information exchange with India in two years.

PM Modi said the impact of the government's steps to curb the growth of black money was evident since as per the Swiss Bank, there had been a 45 per cent drop in deposits by Indians, "the lowest ever in years".

"Impact of our steps to check is clear from latest figures of Swiss banks, where Indians' money has dipped to record low. If you know anyone with black money, warn them that they would not be spared,” said PM Modi.

The prime minister said the government would take a strong stand against corruption, and "those who have looted the poor will have to give back what they have looted."

"A country where a select few loot, such a nation cannot scale new heights. These select few never want the nation to grow," he said.

"On one hand, there is a Swachh Bharat Abhiyaan and there is a movement to clean the nation from the menace of corruption."

Calling chartered accountants a "big pillar" of the Indian economy, the PM urged them to bring technological innovations to meet global standards.

He said it was a good coincidence that July 1 was the foundation day of ICAI and the launch day of the Goods and Services Tax (GST) regime.

Modi also launched a new CA course at the event.

"I am hopeful the new course will boost the financial skills of people joining this profession. We need to develop a dynamic system in our institutions and human resources to meet the global benchmarks and requirements," Modi said. "We will have to see how we can bring technology in the CA field. If chartered accountant firms think of technological innovation, new software, it will open a new market for you."