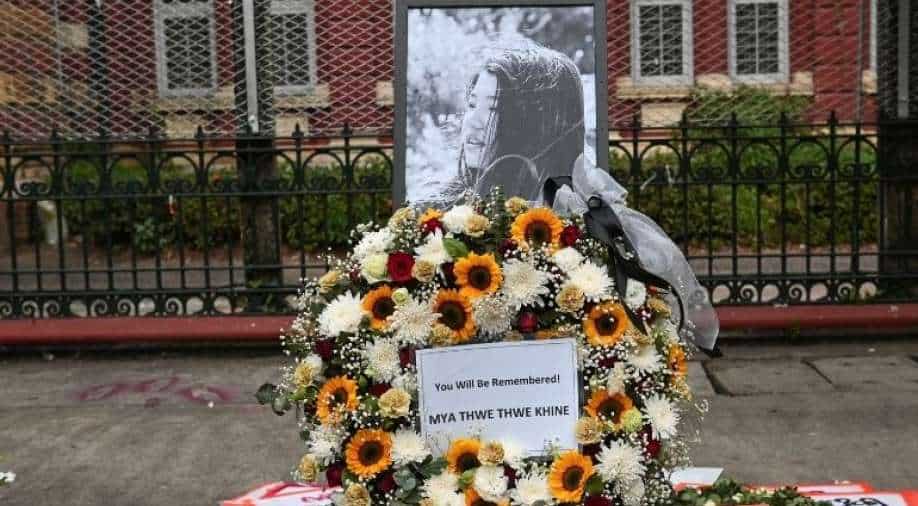 The 20-year-old woman protester who was shot in the head during anti-military protests in Myanmar's capital Naypyidaw has died, the hospital said on Friday.

Mya Thwate Thwate Khaing received head injuries after being shot as the police opened fire with live bullets. Khaing was in the intensive care unit since February 9.

Mya Thwate Thwate Khaing has become a symbol of resistance for the demonstrators who have been demanding a return to democracy after the military coup on February 1 which led to the arrest of NLD leader Aung San Suu Kyi.

The military has imposed a state of emergency for one year in the country after declaring voter fraud in the November elections which have been dismissed by protesters.

Canada and Britain imposed sanctions on Myanmar generals even as the US condemned the coup.