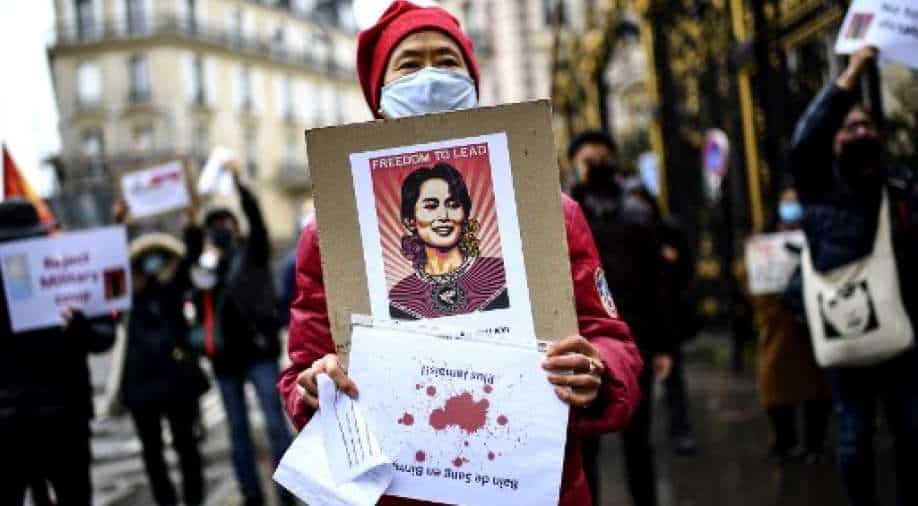 India joined the United States and other countries in calling for a restoration of democracy in Myanmar.

Britain and Canada imposed sanctions on Myanmar generals, as protests broke out for the second week against the military coup in the country.

The Quad group consisting of India, United States, Japan and Australia in a joint statement called for return to democracy in Myanmar.

"We’ve all agreed on the need to swiftly restore the democratic system (in Myanmar)," and to strongly oppose all unilateral attempts to change the status quo by force," Japan's foreign minister said.

Canada imposed sanctions against nine Myanmar military officials accusing them of "systemic campaign of repression through coercive legislative measures and use of force".

The demonstrators have been demanding a return to democracy and freedom for Aung San Suu Kyi who has been under detention since February 1 when the military generals threw out the democratic leaders and imposed a state of emergency for one year.

The military has accused the November elections of being hit by voter fraud which was dismissed by election officials. Several NLD party leaders including activists have been arrested post the coup even as the military said a police officer died in Mandalay after a confrontation with protesters on Sunday.