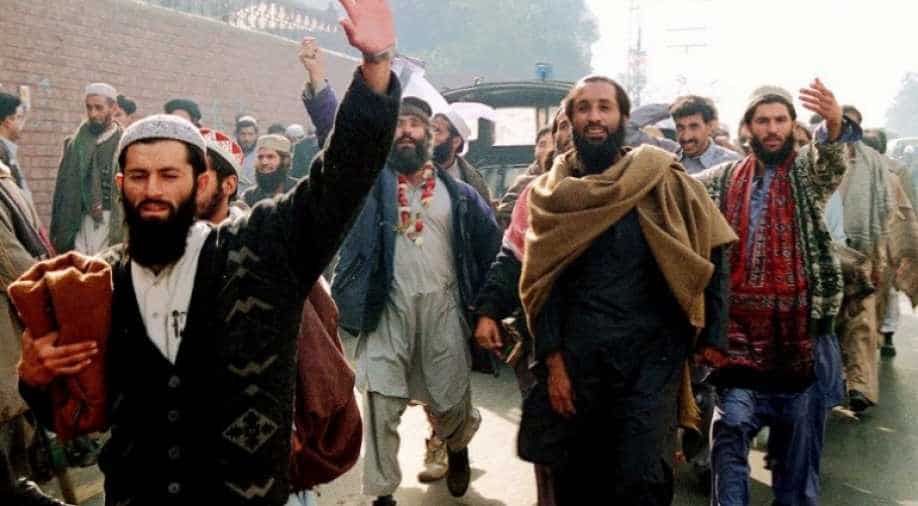 A United Nations report has said that about 6,500 Pakistanis as foreign terrorist fighters are present in Afghanistan including 1,000 belonging to Pakistan based terror groups like Jaish-e-Mohammed and Lashkar-e-Taiba.

The UN monitoring team in its annual technical update to United Nations Security Council said, "The number of foreign terrorist fighters in search of a purpose and livelihood in Afghanistan, including up to 6,500 Pakistanis, will render this a complex challenge, which will require careful monitoring.

Quoting Afghan officials, the report said, during Afghanistan visit that officials had told them, "Tehrik-e-Taliban Pakistan, Jaish-e-Mohammed and Lashkar-e-Taiba (are) among those groups posing a security threat".

According to Afghan interlocutors, Jaish-e-Mohammed and Lashkar-e-Taiba facilitate the trafficking of terrorist fighters into Afghanistan, who act as advisers, trainers and specialists in improvised explosive devices and "both groups are responsible for carrying out targeted assassinations against government officials and others."

Location of LeT and JeM according to UN report is Mohmand Darah, Dur Baba and Sherzad districts of Nangarhar Province. In Kunar Province, Lashkar-e-Taiba retains a further 220 fighters and Jaish-e-Mohammed has a further 30, all of whom are dispersed within Taliban forces.

Tehrik-i-Taliban Pakistan also has its presence in the country, with one member state in the UN report said," reported that the total number of Pakistani nationals fighting with terrorist groups in Afghanistan may be as high as 6,000 to 6,500."

Highlighting the narcotic smuggling networks, the report said, according to member state, "networks operate in Nangarhar (eastern province bordering Pakistan) and into Pakistan" and with "acquiescence of security officials who regulate and profit from smuggling of heroin, hashish". The revenues are "ultimately shared between security officials, heads of the smuggling syndicates (known as Tanzeems) and Taliban" and this is a "big source of revenue for the Taliban", the report noted.

District smugglers pay tax to Taliban district commander of Rs 200 Pakistani Rs ($1.30) per kilogram of heroin and smugglers are provided documentation by each Taliban commander certifying payment of tax before proceeding to next district.

The UN monitoring team was informed about illicit extraction of gold, copper, aragonite, tin by Taliban in districts not under Afghan govt control and interestingly mining companies in Balochistan province of Pakistan are involved in excavating the precious minerals. The minerals are refined in Karachi and sold as products in Pakistan.