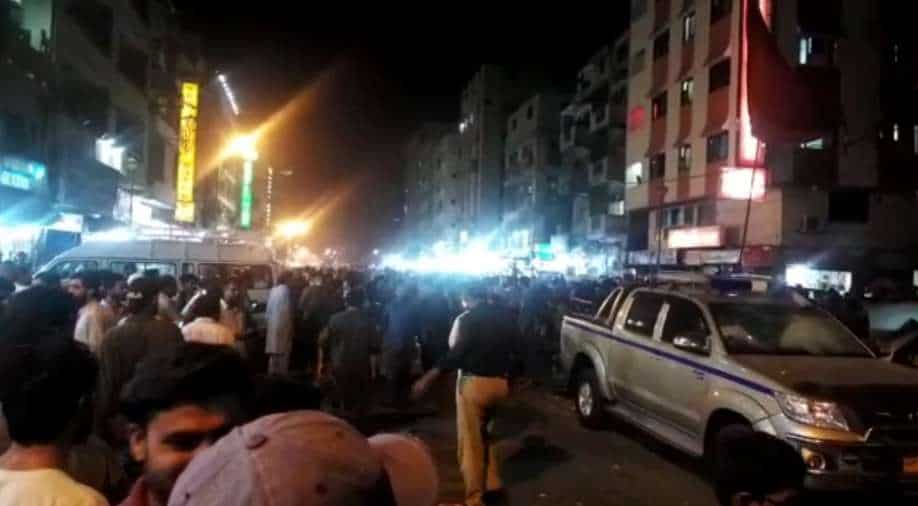 As the officials are determining the cause of the explosion, reports indicated that the people's injuries were caused by ball-bearings, which are usually found in explosive devices.

A powerful explosion ripped through the Saddar area of Karachi, Pakistan, late Thursday night, claiming one life and injuring 13 people.

According to Deputy Inspector General (DIG) South Sharjeel Kharal, several cars were damaged during the blast while the windows of the nearby buildings were shattered.

All the injured have been shifted to Jinnah Hospital even as the officials are determining the cause of the explosion.

Pakistan-based Geo News reports that an emergency has been imposed in all public hospitals in Karachi, while the condition of four individuals admitted at the hospital is said to be serious.

Moreover, the injured have reportedly sustained injuries caused by ball-bearings, which are usually found in explosive devices.

This is the second time in two weeks that Karachi city has been hit by explosion.

A separatist group, the Baloch Liberation Army (BLA) based in southwestern Balochistan province bordering Afghanistan and Iran, claimed responsibility for the blast.