What would it take to vaccinate the whole world? Let’s take a look. 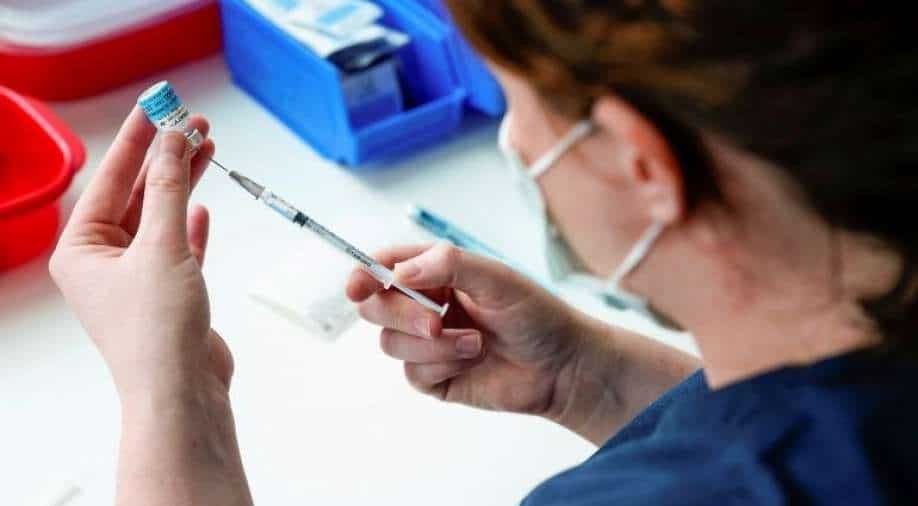 More than 600 million people worldwide have been at least partially vaccinated against COVID-19 — meaning that more than 7 billion still have not. It is a striking achievement in the shadow of a staggering challenge.

Half of all the doses delivered so far have gone into the arms of people in countries with one-seventh of the world’s people, primarily the United States and European nations. Dozens of countries, particularly in Africa, have barely started their inoculation campaigns.

As wealthy countries envision the pandemic retreating within months — while poorer ones face the prospect of years of suffering — frustration has people around the world asking why more vaccine isn’t available.

Nationalism and government actions do much to help explain the stark inequity between the world's haves and have-nots. So, for that matter, does government inaction. And the power of the pharmaceutical companies, which at times seem to hold all the cards, cannot be ignored.

But much of it comes down to sheer logistics.

Immunising most of humanity in short order is a monumental task, one never attempted before, and one that experts say the world wasn’t ready to confront. They note that things have already moved with unprecedented speed. A year and a half ago, the disease was unknown, and the first vaccine authorisations came less than six months ago.

But there is a long way to go. Here is a look at the reasons for the vaccine shortfall.

There are only so many factories around the world that make vaccines and only so many people trained in making them — and they were busy before the pandemic. Likewise, production capacity for biological raw materials, cell culture media, specialised filters, pumps, tubing, preservatives, glass vials and rubber stoppers is also limited.

The world’s largest vaccine maker, the Serum Institute of India, is making the COVID-19 vaccine developed by AstraZeneca and the University of Oxford, and projects output of 1 billion doses this year, in addition to the roughly 1.5 billion doses it makes annually for other diseases. But it has taken months to ramp up to that pace.

With heavy investment from governments, businesses have overhauled factories, built new ones from the ground up and trained new employees, an effort that started last year and is still far from complete.

Wealthy nations could do more for the poor.

The world’s richer countries have pledged more than $6 billion to Covax, the global effort to supply vaccines to the developing world at little or no cost.

The Covax campaign also lost some ground when concerns emerged that the AstraZeneca shot — which was expected to be the backbone of the effort — might be tied to very rare but serious side effects. That led to some public wariness over using it.

Many public health advocates have called for Western governments to force drugmakers to share their own patented processes with the rest of the world. No vaccine producer has done so voluntarily, and no government has indicated that it will move in that direction.

Given the world’s limited production capacity, and how recently developed the vaccines are, patent sharing might not have significantly increased the supply at this moment. But down the road, as capacity expands, it could become a major factor.

The Biden administration has announced financial support for an Indian company, Biological E, to ramp up mass production of the Johnson & Johnson shot for people in other parts of the world. And the administration said that it would send up to 60 million doses of AstraZeneca’s vaccine — which the United States has bought but isn’t using — to other countries.

But the United States remains well behind China and Russia in such “vaccine diplomacy.”

The United States and other developed countries invested billions of dollars in vaccine development and expansion of manufacturing, and they have spent billions more on the resulting shots. The U.S. government also controls a crucial patent on a process used in vaccine making, and its National Institutes of Health helped develop the Moderna vaccine.

All of that gives governments tremendous power to compel companies to work across boundaries, corporate as well as national, but they have been reluctant to use it. In the United States, that has started to change since President Joe Biden took office in January.

“The government has huge leverage, the most over Moderna,” said Tinglong Dai, an associate professor at Johns Hopkins University’s business school who specialises in health care management.

Patents are one area where governments could be more aggressive about using their clout. But in the short run, Dai said, what would have had the greatest impact was if officials had acted earlier and more forcefully to insist that firms that develop vaccines make deals with their competitors to step up mass production.

Producing vaccines is tricky. New ones are trickier.

Even with an established product and stable demand, vaccine making is an exacting process. With a new shot, new production lines and mounting global expectations, it gets harder.

Both AstraZeneca and Johnson & Johnson, two of the world’s largest pharmaceutical companies, have run into serious production problems with their COVID-19 vaccines — object lessons in the challenges of scaling up in a hurry from nothing to hundreds of millions of doses.

Adding to the difficulty, the Pfizer-BioNTech and Moderna shots are built on a snippet of the coronavirus’s genetic code called messenger RNA, or mRNA. Until last year, that process had never been used in a mass-produced vaccine. It calls for different equipment, materials, techniques and expertise than standard vaccines.

The mRNA vaccines encase the genetic material in “lipid nanoparticles,” microscopic bubbles of fat. Few facilities in the world have any experience mass-producing anything comparable. The vaccines also require ultracold temperatures, which experts say limits their use — at least for now — to wealthier countries.