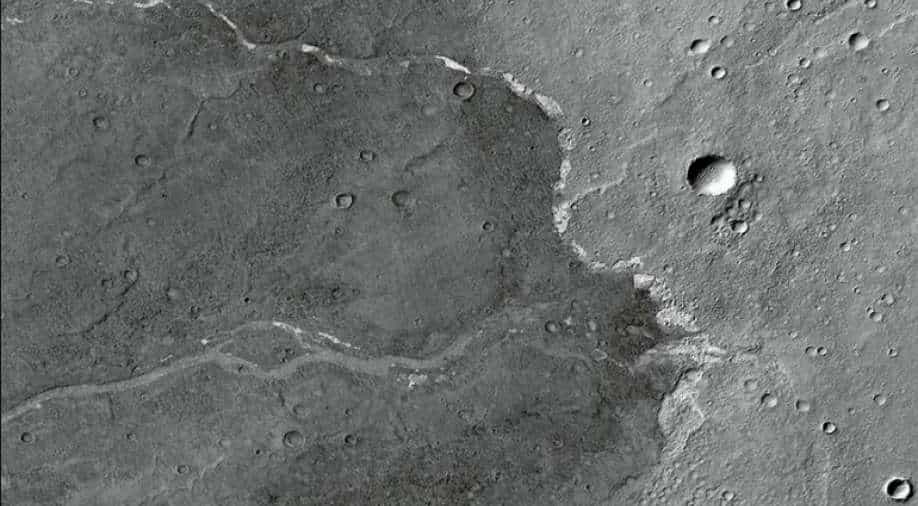 As per NASA’s Mars Reconnaissance Orbiter (MRO), the Jezero crater on Mars was the site of an ancient river that has bolstered the search of signs of life on Mars

NASA has found evidence that water flowed on Mars about a billion years longer than previous estimates.

The new research from the US space agency reveals signs of liquid water on the Red Planet as recently as 2 billion to 2.5 billion years ago.

Previously, it was believed that Mars rippled with rivers and ponds 3 billion years ago.

As the planet’s atmosphere thinned over time, that water evaporated and left behind a frozen desert. Between 30-99 per cent of the initial water which was on Mars remains trapped inside minerals.

As per NASA’s Mars Reconnaissance Orbiter (MRO), the Jezero crater on Mars was the site of an ancient river that has bolstered the search of signs of life on Mars.

NASA astrobiologist Amy Williams and her team in Florida found similarities between features of the cliffs seen from the crater floor and patterns in Earth's river deltas.

The shape of the bottom three layers showed a presence and steady flow of water early on, indicating Mars was "warm and humid enough to support a hydrologic cycle."

The top and most recent layers feature boulders measuring more than a metre in diameter scattered about, probably carried there by violent flooding.

But it is the fine-grained sediment of the base layer that will likely be the target of sampling for signs of long-extinct life, if it existed, on Mars.

“What is amazing is that after more than a decade of providing high-resolution image, stereo, and infrared data, MRO has driven new discoveries about the nature and timing of these river-connected ancient salt ponds,” said Ehlmann.

“Part of the value of MRO is that our view of the planet keeps getting more detailed over time,” said Leslie Tamppari, the mission’s deputy project scientist at Jet Propulsion Laboratory (JPL).

“The more of the planet we map with our instruments, the better we can understand its history.”