WATCH | Over 4,300 dinosaur footprints discovered in China, created between Jurassic and Cretaceous eras 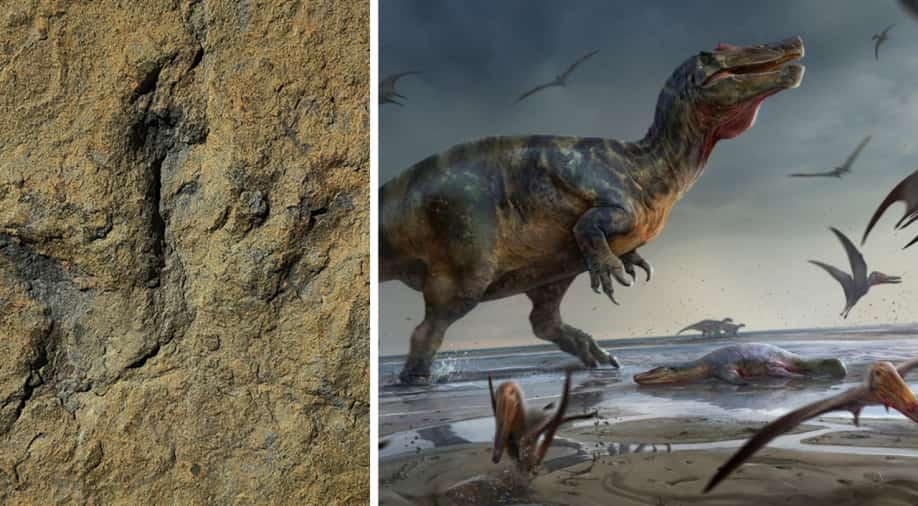 The fossilised footprints, which include claw impressions as well, were found for the first time in April 2020. Later, they were positioned close to one another.

According to a scientific report published in the first week of July, the majority of dinosaur footprint fossils have been found in Northern China. According to South China Morning Post, Chinese researchers have found over 4,300 footprints in the northern Chinese province of Zhangjiakou in Hebei (SCMP).

According to the site, which cited academics, the 9,000 square meter-sized imprints were created between the Jurassic and Cretaceous eras, or roughly 150 million years ago. The fossilised footprints, which include claw impressions as well, were found for the first time in April 2020. Later, they were positioned close to one another.

According to China Daily, scientists can determine the dinosaurs' length, weight, and size from their footprints and extrapolate their walking speed. Intriguing cues concerning the existence of these extinct species can also be found in the footprints.

"The footprints not only reflect dinosaurs' living habits and behaviour but also explain the relationship between dinosaurs and their living environment at the time," dinosaur specialist Xing Lida of the China University of Geosciences told China Daily.

There are four distinct dinosaur species represented by the prints, none of which have been given names. The experts speculate that one of the fossils may belong to a species that hasn't yet been identified. Both herbivores and carnivores can be seen in the collection of these footprints. According to SCMP, the carnivores were smaller, measuring only four to five metres, while the herbivores could grow to lengths of over 15 metres.

Scientists theorised that the area may have drawn dinosaurs due to its availability of water and trees during the time of the dinosaurs. With some vegetation, the area is presently a high, stony grassland.