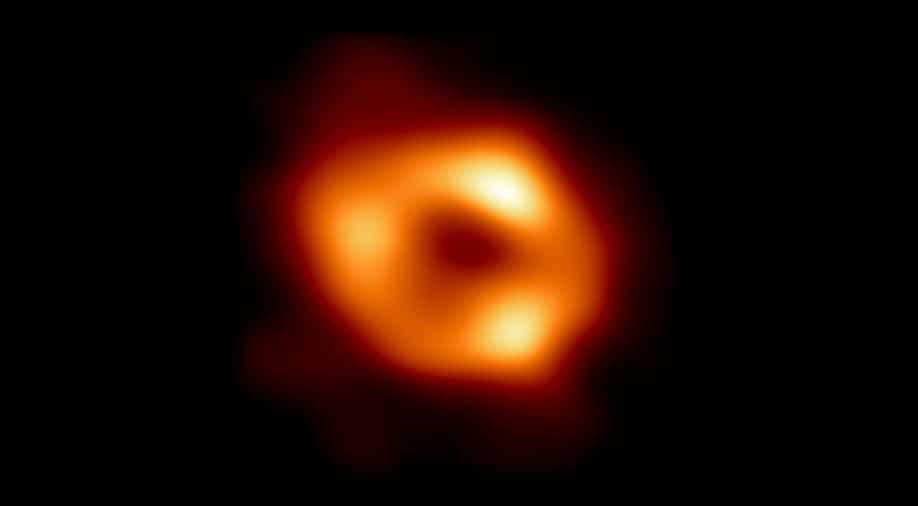 This is the first image of Sagittarius A* (or Sgr A* for short), the supermassive black hole at the center of our galaxy. It was captured by the Event Horizon Telescope (EHT), an array that linked together radio observatories across the planet to form a single "Earth-sized" virtual telescope. The new view captures light bent by the powerful gravity of the black hole, which is four million times more massive than our Sun Photograph:( Reuters )

Katie Bouman, the scientist who played a key role in the discovery of the black hole at the Milky Way's centre, has said that it is ''only the beginning.''

The 33-year-old, who is an assistant professor at the California Institute of Technology (Caltech), is already a veteran of two major scientific discoveries.

Bouman is an expert in computational imaging which requires developing algorithms to observe distant phenomena.

She is an American engineer and computer scientist, who is famous for her CHIRP algorithm, which helped in the creation of the programme that led to the release of the first image of a black hole in a distant galaxy in 2019.

The global science superstar has now played a key role in the creation of a groundbreaking image of the supermassive black hole at the heart of our own Milky Way galaxy.

Speaking about the breakthrough announcement in an interview with AFP, she said, "The first one was just so exciting because it was the first one, and just being able to see a black hole for the first time was spectacular. But I think the holy grail of the Event Horizon Telescope has always been to image Sagittarius A*.

Also read | There's a blackhole 4 million times the size of sun at the centre of Milky Way. Check it out!

"I think this is really only the beginning. And now that we know that we have these extreme laboratories of gravity, we can go back and we can improve our instruments and improve our algorithms in order to see more and to extract more science,'' she added.

According to Bouman, the Event Horizon Telescope (EHT) acted as a gamechanger as it is powerful enough to spot a golf ball on the moon.

She believes that the telescope, which is a network of radio dishes designed to detect the light cast when matter disappears into the maw of a black hole, is one of a number of remarkable astronomical ventures that in recent years have helped to expand our views of the universe.