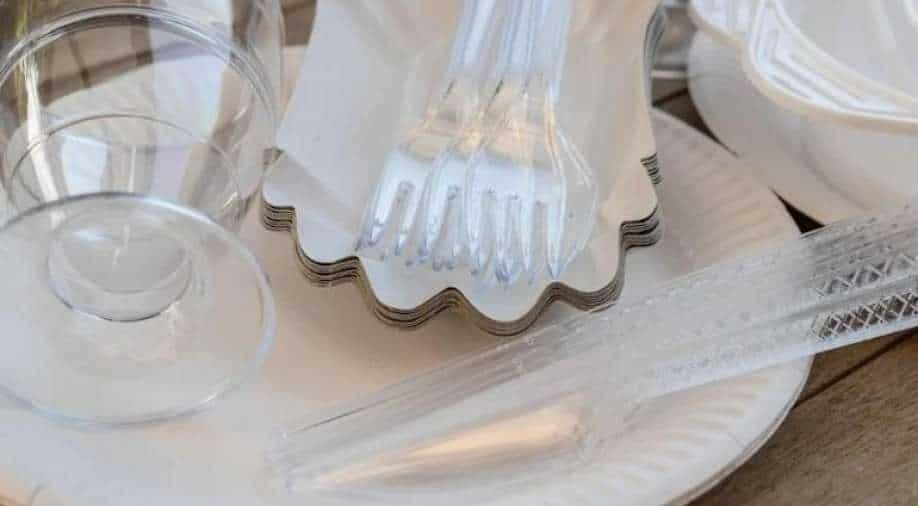 The decision was taken after experts stated that an average person uses 18 throwaway plastic plates and 37 single-use knives, forks and spoons annually, as per ministers

The UK is set to ban all single-use plastic in a bid to reduce the pollution being spread by these cutlery items.

As per orders, all single-use plastic plates, cups, cutlery items and the polystyrene cups will now be completely banned in the UK.

The decision was taken after experts stated that an average person uses 18 throwaway plastic plates and 37 single-use knives, forks and spoons annually, as per ministers. However, the plastic products are made with better durability. Due to this, millions of birds and more than 100,000 sea mammals and turtles die every year.

"We've all seen the damage that plastic does to our environment," said the environment secretary, George Eustice. "It is right that we put in place measures that will tackle the plastic carelessly strewn across our parks and green spaces and washed up on beaches. We have made progress to turn the tide on plastic, now we are looking to go a step further."

Keeping in mind the negative impact caused by plastic items, the government has decided to impose a plastic packaging tax, starting from April 2022. The UK government will charge £200 per tonne of plastic that would have 30 per cent recycled content. This will, as per the government, encourage usage of recycled items.

The plastic bag charge has led to a decline of nearly 95 per cent of plastic packings in the British supermarkets since 2015.

However, not everyone is content with this decision as many believe that the government is fighting this evil at a 'snail speed'.

"Banning throwaway plastic items like plates and cutlery is a welcome move, but the UK government is simply playing catch up with the EU. After years of talking about being a global leader in this field, the UK government has managed to crack down on a grand total of four single-use plastic items and microplastics. This snail-paced, piecemeal approach isn’t leadership," Will McCallum, at Greenpeace UK was quoted saying by the Guardian.