Sway talks: Matterhorn moves back and forth every two seconds: Study 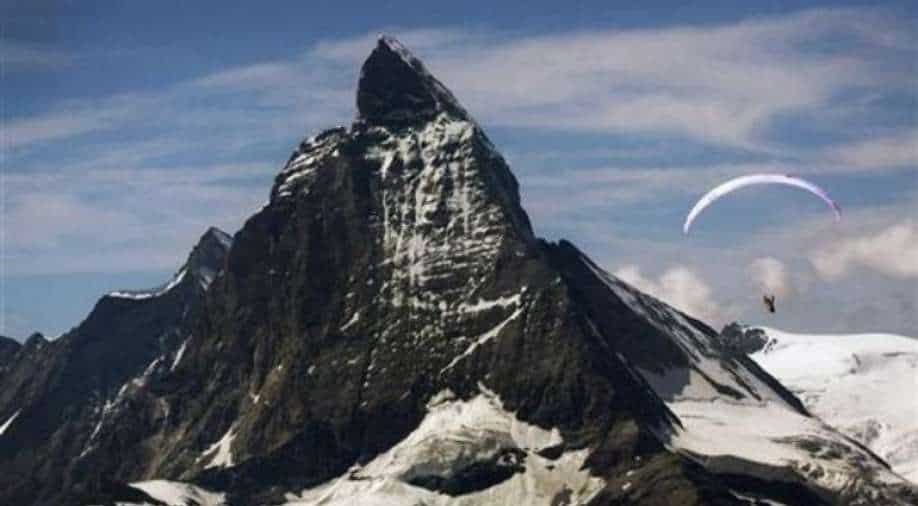 As per the data, the mountain is moving in the north–south direction at a frequency of 0.42 Hertz and similarly in the east-west direction

One of the highest summits in the Alps, Matterhorn, is not very stable and in fact moves back and forth in every two seconds, as per experts.

Researchers from the Technical University of Munich conducted research regarding the vibrations of the iconic peak and found out that the mountain actually moves back and forth.

This movement of the Matterhorn is stimulated by seismic energy in the Earth, with origins in oceans, earthquakes and human activities.

It is believed that depending on external factors, all objects vibrate when excited at their natural frequency. So, the researchers decided to find out if the same happens in the mountain. "We wanted to know whether such resonant vibrations can also be detected on a large mountain like the Matterhorn," said paper author and earth scientist Samuel Weber.

To test their theory, the team of researchers installed seismometers at several points on the mountain. These sensors automatically transmit its recordings of movements to the Swiss Seismological Service.

Through the readings, the scientists were able to determine frequency and resonance of the mountain's resonance. These readings pointed out that the mountain may be moving back and forth in every few seconds.

As per the data, the mountain is moving in the north–south direction at a frequency of 0.42 Hertz and similarly in the east-west direction.

Like a tree, the movement is more at the summit of the mountain as it is more capable of free motion rather than the foot of the mountain which is fixed. "Areas of the mountain experiencing amplified ground motion are likely to be more prone to landslides, rockfall and rock damage when shaken by a strong earthquake," said paper author and geologist Jeff Moore of the University of Utah.