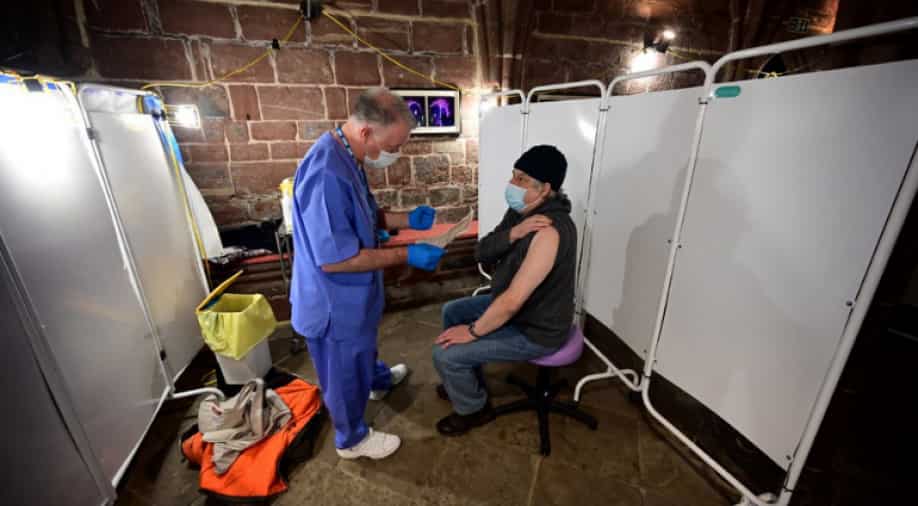 A man receives a dose of the Covid-19 vaccine at a vaccination clinic set up at Chester Cathedral as the UK steps up the country's booster drive to fight a "tidal wave" of Omicron Photograph:( AFP )

A new study conducted by the United Kingdom's Office for National Statistics has said that the risk of long COVID-19 is worse after getting infected with Delta variant in comparison to the Omicron variant.

The report shows that people who got infected by the Omicron variant were 50 per cent lower than the Delta variant in the case of those who got inoculated with two doses.

But those who took three doses during their vaccination, had higher odds of getting infected with Omicron's BA.2 variant than the BA.1 variant.

The longest-known Covid-19 infection was documented in a patient who tested positive for a total of 505 days before their death as per British researchers.

One of the study's co-authors, consultant virologist Gaia Nebbia, said ''Regular sampling and genetic analysis of the virus showed that five of the nine patients developed at least one mutation seen in variants of concern.''

The British people who had tested coronavirus positive reported fatigue, shortness of breath, and difficulty in concentrating which adversely affected their day-to-day activities.

Meanwhile, British drugmaker AstraZeneca's  chief executive Pascal Soriot said at a conference, "In many countries, we are moving into what you can call a 'normal phase' where we have to learn with this disease, managing it with vaccination and treatment when needed."