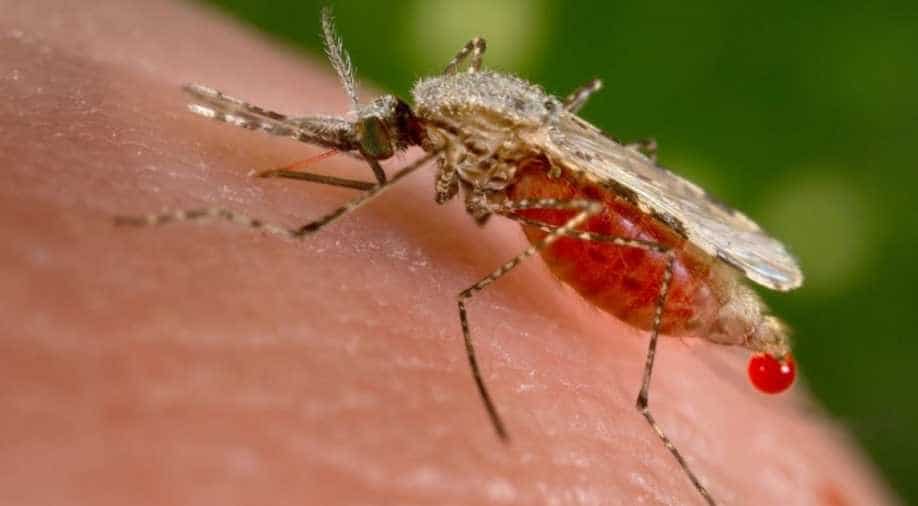 In this representative image, a mosquito can be seen on a human being Photograph:( Reuters )

Mosquitoes are more prone to bite men than women according to a study published in the Annals of Internal Medicine.

Researchers have stated that men tend to be the frequent victims of mosquitoes mainly because of their body size.

“Larger persons tend to attract more mosquitoes. Perhaps because of their greater relative heat or carbon dioxide,” the study said.

Earlier, it was believed that women are the sweeter sex to mosquitoes because estrogen is a strong attractant.

During a Lancet study conducted in 2000, when scientists compared pregnant women with their nonpregnant counterparts, they found that the pregnant women attracted twice as many mosquitoes.

This was because the pregnant women exhaled more carbon dioxide and had higher body temperatures, allowing mosquitoes to detect them more easily.

According to Dr. Clifford W. Bassett of Allergy and Asthma Care of New York, in addition to carbon dioxide, lactic acid is a strong attractant, which is why people are attacked more when they are outside and sweating.

He recommends insect repellent and taking a nonsedating oral antihistamine for people who react strongly to bites, as it can lessen the itch after a bite, before spending time outdoors.

Interestingly, only female mosquitoes bite human beings as they extract proteins from the human body’s blood to help them grow their eggs.

Although their male counterparts can irritate you by hovering around you, they are otherwise harmless.