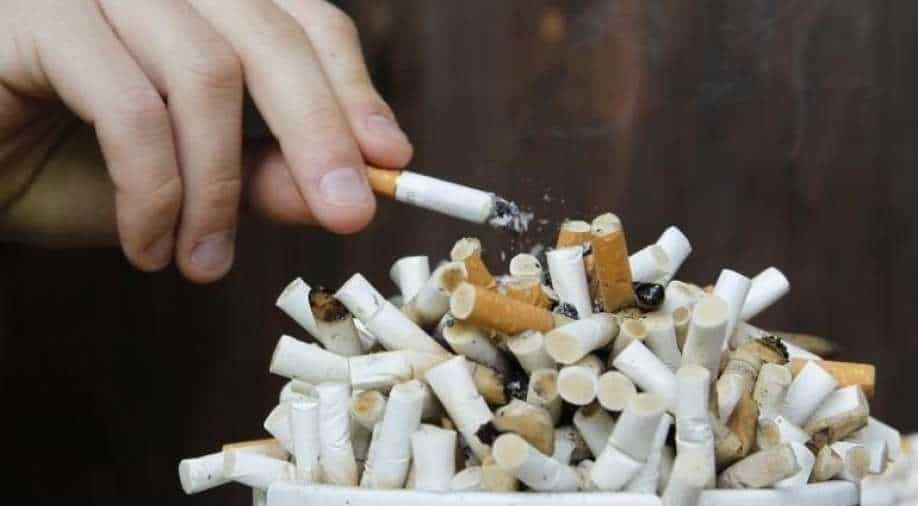 Canada had previously set an international trend after passing a mandate to include graphic photo warnings on tobacco products' packaging two decades ago Photograph:( Reuters )

As per the study, people get addicted to smoking by the time they turn 25, bringing a huge increase in the young generation getting the habit of smoking

As the world battles coronavirus, there is another danger that hides in shadows, ready to attack the human body — smoking.

New research has found almost eight million people died due to smoking in 2019, and the number has only increased since then, in the pandemic years.

The experts have found that while there has been an increase of nearly 150 million smokers in the last nine years, the major increase has been in the young population.

As per the study, people get addicted to smoking by the time they turn 25, bringing a huge increase in the young generation getting the habit of smoking.

"Young people are particularly vulnerable to addiction, and with high rates of cessation remaining elusive worldwide, the tobacco epidemic will continue for years to come unless countries can dramatically reduce the number of new smokers starting each year," Marissa Reitsma, the lead author of the study said.

The experts also noted that while there has been a decline in the spread of this habit in the last three decades, the habit of smoking has increased for men in 20 countries and for women in 12 countries.

China is the worst affected country by this deadly habit as one in three tobacco smokers live in the Asian country. China is closely followed by India, Indonesia, Russia, the US, Bangladesh, Japan, Turkey, Vietnam and the Philippines.

Also read | Smoking pot to kick away pandemic blues? You might wanna rethink that idea!

Experts believe it is extremely important on part of governments to come up with ways of keeping the young generation away from the deadly habit, as they are less likely to get addicted to smoking if they do not pick up this habit in their 20s.

"Ensuring that young people remain smoke-free through their mid-20s will result in radical reductions in smoking rates for the next generation," Reitsma explained.

One suggested way is to extend the ban on advertising of tobacco and cigarettes to online media too and also bring a stricter crackdown on similar products such as flavoured cigarettes and e-cigarettes.

"Despite progress in some countries, tobacco industry interference and waning political commitment have resulted in a large and persistent gap between knowledge and action on global tobacco control," said Vin Gupta, co-author of the study. "Bans on advertising, promotion and sponsorship must extend to internet-based media, but only one in four countries have comprehensively banned all forms of direct and indirect advertising."