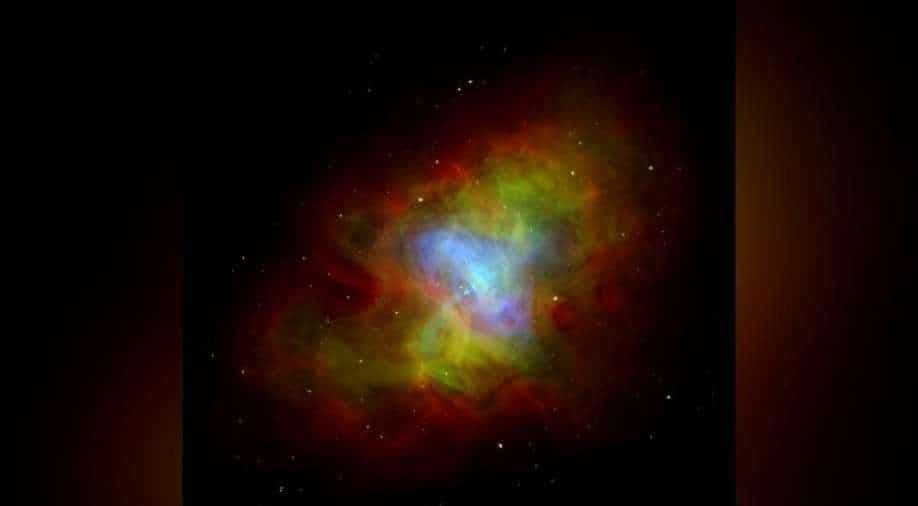 Now, astronomers have solved the mystery behind an elusive kind of supernova, which may be able to explain the birth of hypnotising “Crab Nebula"

Supernovas are highly violent cosmic events that mark the end of a star’s life cycle. Now, astronomers have solved the mystery behind an elusive kind of supernova, which may be able to explain the birth of hypnotising “Crab Nebula”.

The supernova in question may have illuminated the night sky on Earth about 1,000 years ago, a new study claims.

When a star dies, they run out of fuel and collapse onto themselves, causing a large and violent explosion capable of changing the anatomy of any celestial system. These explosions are extremely bright and are capable of being seen from halfway across the universe.

Till now, scientists knew about two kinds of supernovas. One usually takes place in large stars that are over 10 times the mas of our sun. Their collapse begins in the core, when their fuel burns out. This leads to the destruction of its outer layers, leaving behind a neutron star or a black hole.

The other kind of supernova takes place in stars that are less than eight times the mass of sun which burn out over time and leave behind an ashy body called a white dwarf.  These dwarves can pull fuel from other stars towards themselves, which triggers an explosion.

How was Crab Nebula formed?

Stars between the 8-10 solar masses would theoretically explode in a different manner, in a process called “electron-capture” which causes electrons to fuse with atomic nuclei. In usual circumstances, these repel each other. This triggers an explosion around the star’s surrounding layers and leaves behind a neutron star, around the size of our sun.

A supernova in 1054 AD, as recorded in Chinese and Japanese documents details a bright light which was seen during the daytime on Earth for at least 23 days, and for two years in the nighttime. What remained was the Crab Nebula, and “electron-capture” may be attributed to it.

Also read: Watch | With help from a 'cosmic hand', scientists capture death of a star