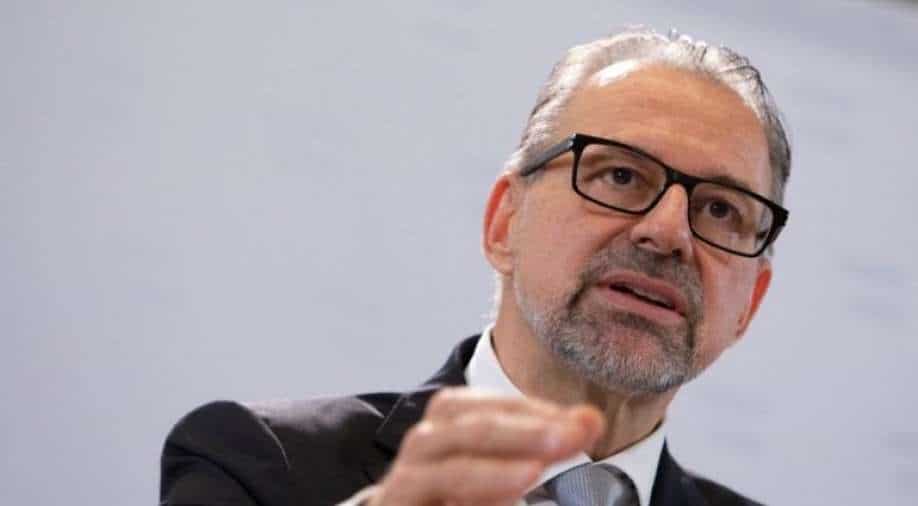 The ESA, whose Ariane rocket once dominated the market for commercial satellite launches, faces ever stiffer competition from tech-funded upstarts like Jeff Bezos's Blue Origin and Elon Musk's SpaceX

The European Space Agency head Josef Aschbacher has said he hopes to hire and launch the world's first differently abled astronaut and several hundred would-be para-astronauts have already applied for the role.

"We would like to launch an astronaut with a disability, which would be the first time ever," the Austrian added. "But I'm also happy for ESA because it shows that space is for everyone, and that's something I'd like to convey."

In releasing the results of a new recruitment drive aimed at more astronaut diversity, the agency acknowledged that it still has work to do on gender balance. Just 24 per cent of the applicants were women, up from 15 per cent at the last hiring drive in 2008.

The European agency has sent only two women into space to date, Claudie Haigneré and Samantha Cristoforetti, but wants that number to grow.

Globally, 65 of the more than 560 people who have explored space were women, most of them Americans.

The ESA, whose Ariane rocket once dominated the market for commercial satellite launches, faces ever stiffer competition from tech-funded upstarts like Jeff Bezos's Blue Origin and Elon Musk's SpaceX.

Amazon founder Bezos hopes next month to become the first man to go into space on his own rocket, highlighting the growing role tech billionaires are playing in a field that was once dominated by public agencies.

"Space is developing extremely fast and if we don't catch up with this train we are left behind," he added, outlining plans to refashion the agency as a more entrepreneurial player ready to work with venture capitalists to help grow European start-ups that could one day rival the Silicon Valley players.

The challenges are immense: the ESA's 7 billion euro budget is a third of NASA's, while its seven or eight launches a year are dwarfed by the 40 carried out by the United States.

Aschbacher, who grew up staring at the stars above his parents' mountain farm in Austria, himself once applied to become an ESA astronaut when he was a student. But what was once a geeky, niche enthusiasm has now become mainstream, he said.

This year's job ad attracted almost three times the 8,000 applications received a decade ago, and a quarter of them were women, up from just 15% before. The ESA has promised to develop technologies to ensure those with disabilities, like shortened legs, play a full part.

And those astronauts will go beyond the International Space Station: some will deploy to the United States's planned Gateway station on the moon, while the ESA's member states are considering an invitation from Chinese and Russian space agencies to participate in their similar moonbase project.

ESA this week signed an agreement with the European Union that will see the 27-nation bloc deepen ties with and increase its funding for the space agency.

As part of the deal, the EU will invest almost 9 billion euros ($10.8 billion) between now and 2027 for ESA programs aimed at boosting economic growth, digitalisation, and environmental protection.

While many ESA members are also part of the EU, some such as Britain are not.

Among the future programs planned are one that will test the use of a satellite-based quantum encryption system for secure communications, and another to monitor space for potential hazardous debris.