Scientists recently taught spinach how to send emails... No kidding! 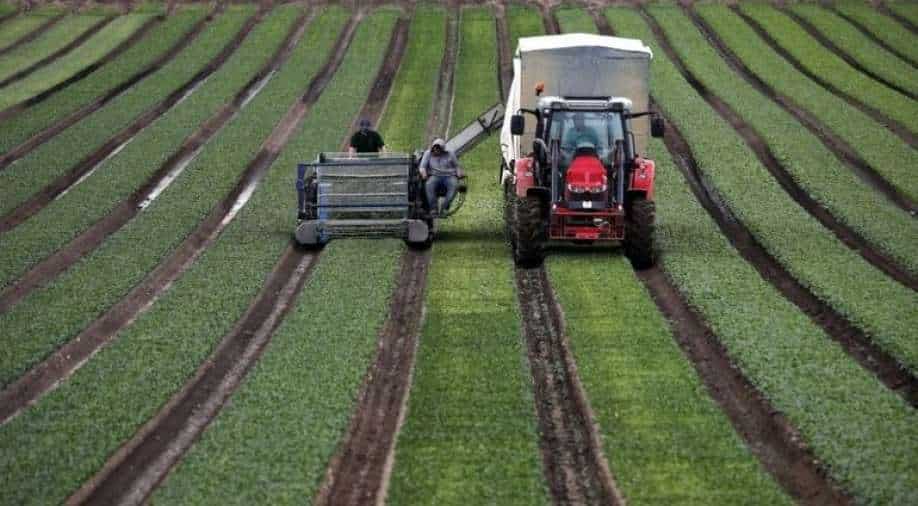 The UK Seasonal Relief Team working for The Watercress Company operate the cutting machine to harvest spinach on farmland near Dorchester, in southern England on June 5, 2020, during the novel coronavirus COVID-19 pandemic. Photograph:( AFP )

What if we told you that scientists recently made spinach send emails? Jest aside, this is purely factual.

What if we told you that scientists recently made spinach send emails? Jest aside, this is purely factual.

Scientists recently taught spinach how to send emails, or at least to mimic the process. But this is not simply for fun, but to send warnings about climate change and explosive materials, EuroNews reported. Engineers at the Massachusetts Institute of Technology recently came up with a new method to detect major changes in our climate.

According to the study, which was published in the journal called "Nature Materials", the researchers tapped into the root systems of the vegetable. "Plants are very environmentally responsive," Professor Michael Strano, who led the study, said in a conversation with EuroNews.

But how?
Spinach knows if there is going to be a drought. They are also able to detect minute changes in the properties of soil and water. "If we tap into those chemical signalling pathways, there is a wealth of information to access", Strano further told EuroNews.

The technology in question is called "plant nanobionics", and uses roots of the spinach plant to detect nitroaromatics in groundwater. Nitroaromatic substances are usually found in industrial man-made goods, including explosives.

Where's the emailing?
Once detecting such nitroaromatic substances, the nanotubes beam a signal to an infrared camera. From there, an email is sent out to scientists in the form of an alert to warn them of changes.

Strano described plants as "very good analytical chemists" with an extensive network of roots in the soil. Since they are constantly in touch with groundwater, they are able to keep sampling groundwater. According to Strano, the study has helped bridge the gap in terms of communication between plants and animals.