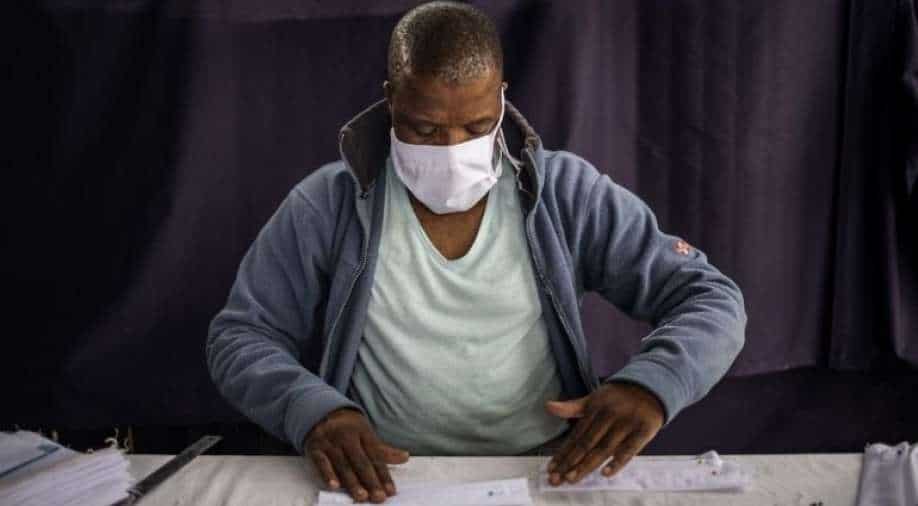 Cotton fabrics absorb small amounts of the water in a person's breath, creating a moist environment inside the mask

Cotton masks that become slightly moist through human breath are nearly 35 per cent better on average at capturing particles than when they are dry, making them a better choice than synthetic masks to stop the spread of COVID-19, according to a new study.

Synthetic masks showed "no performance change" in stopping particles when humid and therefore "performed poorly" relative to cotton, the US National Institute of Standards and Technology (NIST) said of its study.

"This new study shows that cotton fabrics actually perform better in masks than we thought," NIST research scientist Christopher Zangmeister was quoted as saying on the NIST website.

Cotton fabrics absorb small amounts of the water in a person's breath, creating a moist environment inside the mask. As microscopic particles pass through, they absorb some of this moisture and grow larger, making them more likely to get trapped in the mask, NIST explained on its website when announcing the news.

Most synthetic fabrics, however, 'dislike' water and do not absorb moisture, meaning their filtration efficiency, a measure of how well a material captures particles, does not change in humid conditions, NIST said.

The study tested a range of dual-layer fabric swatches under conditions that mimic the humidity of a person's breath, allowing researchers to read measurements that more accurately reflect how fabrics perform when worn by a living, breathing person, NIST said on its website.

They placed the swatches into small boxes where the air was maintained at 99 per cent humidity so that the fabrics had a chance to become as moist as roughly a person's exhaled breath. For comparison, the second set of swatches was also prepared at only 55 per cent humidity.

All of the swatches were then placed in front of a pipe that emitted air at the same velocity as exhaled breath.

Researchers then measured the number of particles in the air before and after they passed through each fabric.

The new measurements show that under humid conditions, the filtration efficiency in nine types of cotton flannel increased from 12% to 45%, with an average increase of 33%, NIST said.

Among the six types of synthetic fabric testes were nylon, polyester and rayon. All of the six performed poorly compared to cotton flannel, NIST said.

Researchers pointed out that medical-grade masks and N95 respirator masks "provided the same filtration efficiency under both high and low humidity conditions".

The study was conducted by NIST and The Smithsonian's Museum Conservation Institute. It was published in ACS Applied Nano Materials.