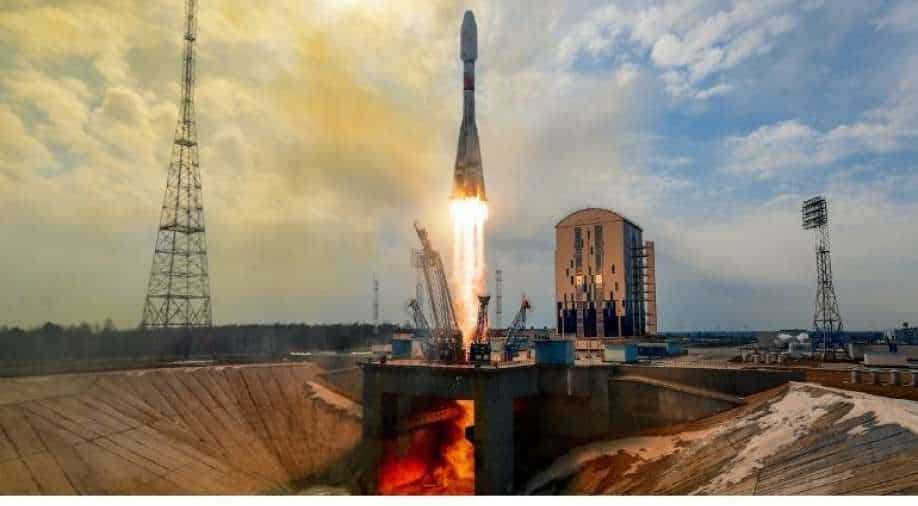 A Soyuz-2.1b rocket booster with a Fregat upper stage and satellites of British firm OneWeb blasts off from a launchpad at the Vostochny Cosmodrome in Amur Region, Russia Photograph:( Twitter )

The launch, carried out by Arianespace from the Vostochny cosmodrome, brought the number of in-orbit satellites to 146, part of a fleet designed to deliver high-speed, low-latency global connectivity, the satellite operator said

A Soyuz rocket blasted off from the Vostochny cosmodrome in Russia's Far East on Thursday carrying 36 UK telecommunications and internet satellites, the Roscosmos space agency said.

The launch, carried out by Arianespace from the Vostochny cosmodrome, brought the number of in-orbit satellites to 146, part of a fleet designed to deliver high-speed, low-latency global connectivity, the satellite operator said.

OneWeb, a London-headquartered company, is working to complete the construction of a constellation of low earth orbit satellites providing enhanced broadband and other services to countries around the world.

The company is competing in the race to provide fast internet for the world's remote areas via satellites along with tech billionaire Elon Musk and fellow billionaire Jeff Bezos of Amazon.

OneWeb said this was the second in a five-launch programme that will enable its connectivity to reach all regions north of 50 degrees latitude by the middle of 2021.

"These services will cover the United Kingdom, Alaska, Northern Europe, Greenland, Iceland, the Arctic Seas and Canada, and will be switched on before the end of the year," it said.

"OneWeb then intends to make global services available in 2022," it added.

OneWeb resumed flights in December after emerging from bankruptcy protection with $1 billion in equity investment from a consortium of the British government and India's Bharti Enterprises, its new owners.

Founded in 2014 by entrepreneur Greg Wyler, OneWeb planned to launch some 650 satellites into low earth orbit to provide universal internet but struggled to raise funds.

Roscosmos said in a statement that the launch and separation "took place normally".

"We can confirm our sixth separation is complete. Over half our satellites have now been released!" OneWeb wrote on Twitter.

OneWeb's first six satellites were launched by a Russian-made Soyuz rocket from the space centre in Kourou in French Guiana in February 2019.

The company launched 68 more from the Baikanour launch site in Kazakhstan last year and another 36 from the Vostochny cosmodrome in December.

The Vostochny launch site is one of Russia's most important space projects, designed to reduce reliance on the Baikonur space centre Moscow currently rents from Kazakhstan.

Its construction has for years been tainted by multiple controversies including corruption, and the project has been consistently behind schedule.