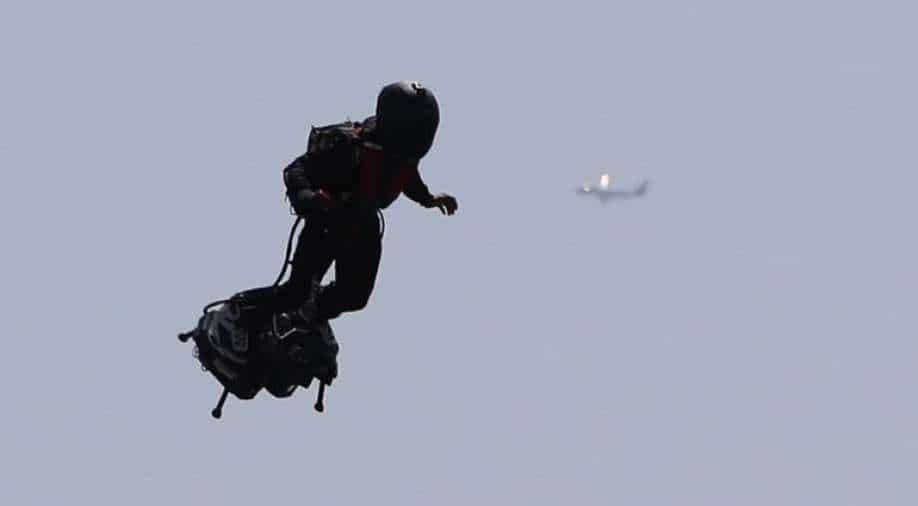 To develop the “air mobility system”, the agency has offered up to $1.5 million in development costs to vendors that may be interested in lift off!

The US Defense Department is planning to give jetpacks to cadres of special forces. Even though the department is not explicitly calling them “jetpacks”, it is being called a “portable personal air mobility system”.

The Pentagon’s Research and Development hub for military technology - the Defense Advanced Research Projects Agency (DARPA) recently opened a bid for proposals  involving jetpacks. To develop the “air mobility system”, the agency has offered up to $1.5 million in development costs to vendors that may be interested in lift off!

But that’s not all! The focus of the new systems is just not jetpacks as an array of other flying outfits could be created. The department hopes to create powered fliers, powered wing suits, and powered parafoils. No, you are not stuck in an emulation of the hit game series Just Cause; this is actually happening!

According to DARPA, these outfits may be highly useful in a variety of military settings and operations, which include “urban augmented combat”, and CSAR (combat search and rescue), among many.

The agency has made its expectations clear - it hopes the outfits are quick, simple, and effective. Gizmodo cited the agency as saying that the outfits “[should be] such that assembly and deployment can occur in less than 10 minutes using only simple tools or no tools at all."

In addition, the agency specifically adds how the system should be made effective - "The platforms must not require assistance from external equipment or other unique environmental factors (e.g. wind, elevation, etc.) for launch/recovery...When deployed, the platform will be designed with simplified operations in mind, so that someone unfamiliar with the platform could be educated in its safe and effective use with relatively little training”.

Also read: NASA just ejected its biggest pile of garbage into Earth's orbit. Should we worry?

Jetpacks are usually seen as works of fiction, but have existed for decades - only being used at big events. The current technology makes jetpacks noisy, difficult to manage, and inefficient. Perhaps, this newly found interest could change that!