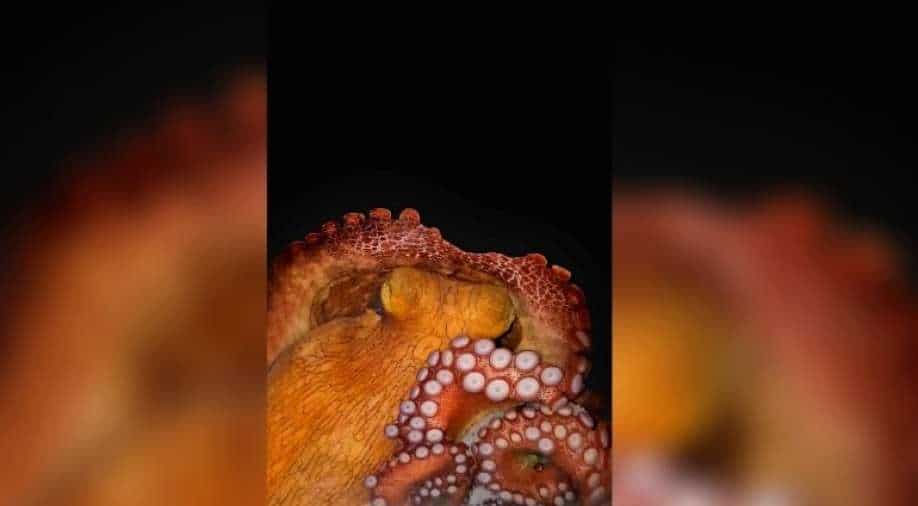 An octopus in seen in its "active sleep" state during a laboratory study at the Brain Institute of the Federal University of Rio Grande do Norte in Natal, Brazil, in this undated handout photograph Photograph:( Reuters )

Octopuses are highly intelligent, and are considered the smartest invertebrate

The octopus is an elusive creature, and new research brings to light even more riveting information about the animal. Turns out, much like humans, the creature with eight limbs and three hearts is capable of dreaming while asleep.

Among other uncanny characteristics of this animal are blue blood, the ability to squirt ink, its ability to camouflage, and the fact that it dies after mating. The study was published by researchers in Brazil on Thursday, and shows how the animal experiences two sleep states, much like humans.

Octopuses are highly intelligent, and are considered the smartest invertebrate. Essentially, this expands the case for their intelligence, claiming that the octopus possesses sophisticated behavioural characters.

Octopuses are known to change colours while sleeping.  A species called Octopus Insularis was observed in a lab setting, and it was found that changes in colour correspond to the two sleep states - “quiet sleep” and “active sleep”.

"If octopuses indeed dream, it is unlikely that they experience complex symbolic plots like we do," said Sylvia Medeiros, the lead author of the study and a doctoral student in neuroscience at the Brain Institute of the Federal University of Rio Grande do Norte.

"The investigation of sleep and dreaming in the octopus gives us a vantage point for the psychological and neurobiological comparison with vertebrates, since the octopus possesses several sophisticated cognitive features that are only seen in some vertebrate species but with a very different brain architecture," Reuters quoted study co-author Sidarta Ribeiro, founder of the Brain Institute as saying.