Not a dormant planet: Venus is home to 37 recently active volcanic structures! 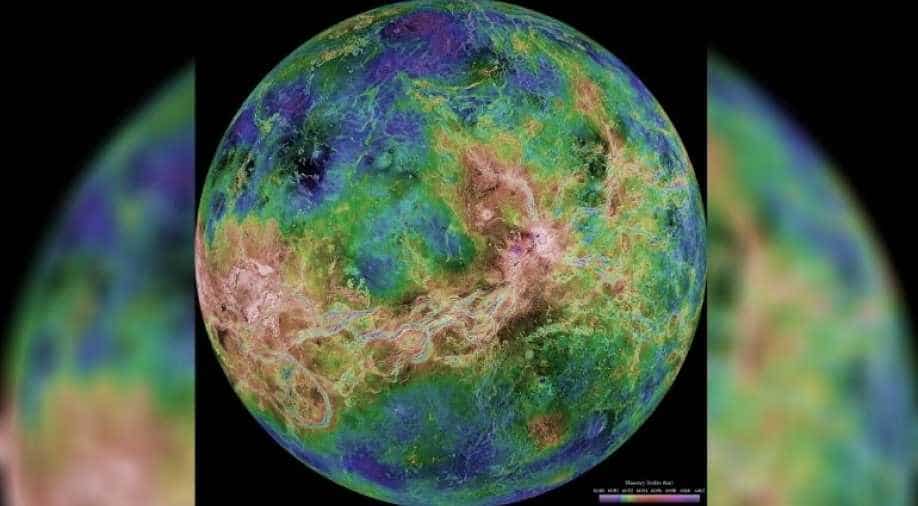 The hemispheric view of Venus, as revealed by more than a decade of radar investigations culminating in the 1990-1994 Magellan mission, is centered at 180 degrees east longitude is seen as published on June 4, 1998. Photograph:( Reuters )

For a long time, Venus was perceived as a dormant planet, but this new information proves otherwise

Scientists recently discovered 37 volcanic structures on the planet of Venus situated in our solar system. These volcano-esque structures were active until very recently, or perhaps still are - scientists are not sure.

For a long time, Venus was perceived as a dormant planet, but this new information proves otherwise. The researchers focused on coronae, which are ring-like structures made after hot rocks emerge from the deep centre of the planet. This in turn, solidified claims of intense tectonic activity on the planet.

Not a dormant planet

On Monday, July 20, scientists claimed the planet not only had volcanic structures but these were also very similar to those on Earth, contrary to previous beliefs. Earth’s surface is reshaped by tectonics, the similar ones found on Venus. It was earlier believed that Venus had stayed dormant for the past half a billion years.

Also read: Earth's magnetic poles may be flipping by 10° each year, way more than previously thought!

"Our work shows that some of that interior heat is still able to reach the surface even today. Venus is clearly not so geologically dead or dormant as previously thought," said Anna Gülcher, Earth and planetary scientist, the Institute of Geophysics in Zurich, lead author of the research published in the journal Nature Geoscience.

Based on their findings, the scientists extrapolated that such features appear on planets if there was a recently active corona, suggesting similar offshoot activity on the planet. 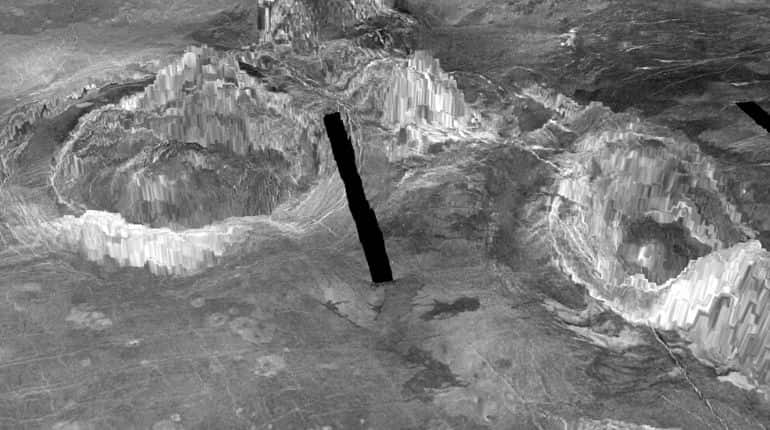 Two coronae, ring-like structures formed when hot material from deep inside the planet rises through the mantle and erupts through the crust, are observed on the surface of Venus in a 3-D rendition provided to Reuters July 20, 2020. | Reuters

Looking for more answers, the scientists juxtaposed old NASA data with their findings. They referred to radar images of Venus from NASA’s Magellan spacecraft from the 1990s to find coronae which would fit the description.

They went looking for one, but found many. Out of the 133 which were examined, 37 showed signs of activity in the last 2-3 million years. In geological terms, it’s not as long as one might think. Stars and planets live for way longer than human beings before collapsing or becoming dormant, and this is testimony to that.

In fact, scientists believe that many of such structures could actually be active today. "In my opinion, many of these structures are indeed active today," said University of Maryland geophysicist and study co-author Laurent Montesi.

Coronae, as the name suggests, signify a circular area and the fields around it. These fields include lava flows, and considerable tectonic faults, similar to the movement that triggers eruptions and earthquakes on Earth.

Most of the 37 coronas were found within a large circular area in the Southern Hemisphere of Venus. One of these coronas span over 2,100 kilometres (1,300 miles) in diameter. It’s called Artemis!

Venus is Earth’s closest neighbour, and is sized similar to our planet. However, the planet is way hotter than Earth. Clouded by sulfuric acid, it is hot enough to melt lead!