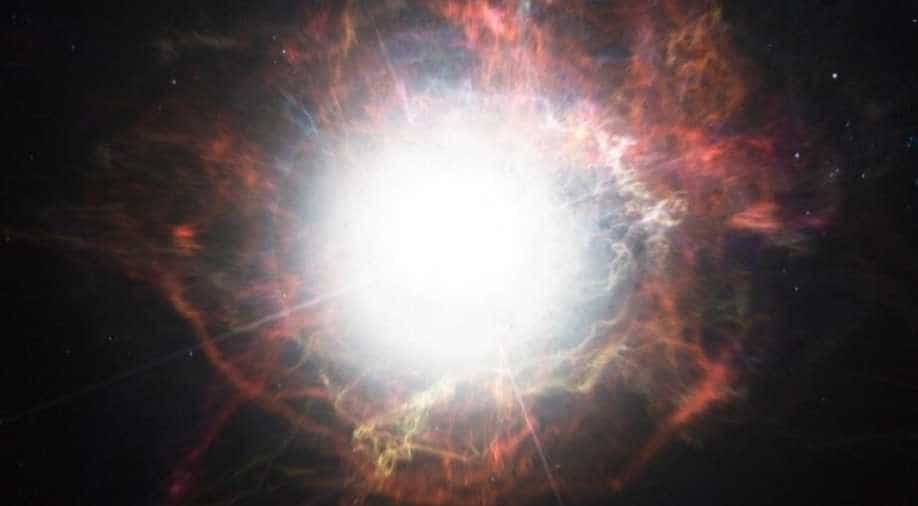 The star, which was 2.5 times brighter than the Sun, left no trace behind

A giant star which was under the observation of astronomers for over ten years has suddenly vanished. The star in question was located in a dwarf galaxy 75 million light-years away, and was one of the largest stars in the known universe.

The star, which was 2.5 times brighter than the Sun, left no trace behind.

Also read: Now, a perfume will bring the fragrance of outer space to earth

The astronomers were unable to understand why this happened. But there are two possible scenarios. One, it had a huge outburst. Or it simply dissipated into a black hole, depriving of any light, and hence visibility.

No supernova, no answers

Usually when stars disappear, a huge supernova is witnessed before. The star in question was under the radar of astronomers since 2001. Located in the Kinman Dwarf Galaxy in a constellation called Aquarius, it was in what’s called the “late stage” of evolution, implying it was going to burst soon.

The star was located in a very far off galaxy, making its detection and observation very difficult. The astronomers observed it based on its signature, which was picked up and then analysed, instead of a direct observation. A highly unstable blue star, researchers picked up its signature between 2001-2011. 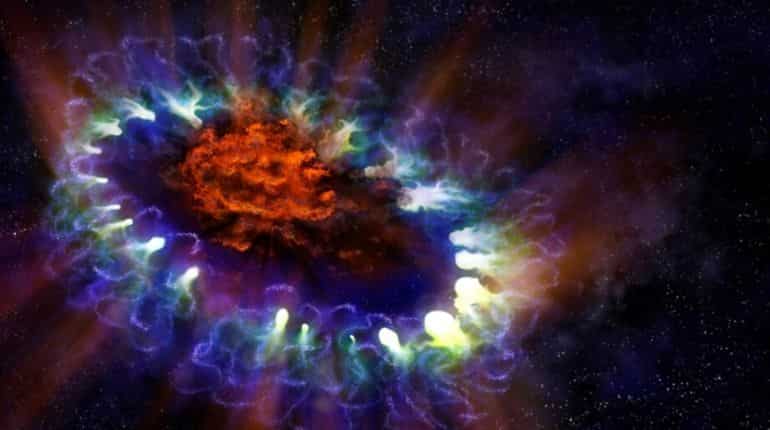 This handout artist's illustration released by the European Southern Observatory on January 6, 2014 shows Supernova 1987A, based on real data with the cold, inner regions of the exploded star's remnants (in red) where tremendous amounts of dust were detected and imaged by the Atacama Large Millimeter/submillimeter Array (ALMA). This inner region is contrasted with the outer shell (lacy white and blue circles), where the blast wave from the supernova is colliding with the envelope of gas ejected from the star prior to its powerful detonation. | AFP

Classified as a “blue variable”, one of the very unstable stars which exhibit fluctuations in brightness and thermal radiation. However, this quality makes it easy to detect such stars, but also highly unpredictable.

The study on the star will soon be published in the Monthly Notices of the Royal Astronomical Society. When the researchers attempted to locate the star in a bid to study the life cycle of a star, they were simply unable to find it, and there were no traces of its extinction either. It was quite simply - gone!

"We were surprised to find out that the star had disappeared!” Andrew Allan, the lead author of the story, and a PhD student at Trinity College in Dublin, Ireland recently said in a statement.

It is typical of stars to go out with a bang, or what is known as a supernova. To be succinct - when a star runs out of fuel, it is simply killed by its own gravity. Whatever remains of that star bursts off and shatters into the universe.

Following this logic, the star in question should have left debris, or any signs of explosion. In fact, the explosion itself would have been massive enough to make it easily detectable. But none of this happened.