SpaceX's envisioned machinery will not only take us to Mars, but reduce travel time on Earth tremendously! 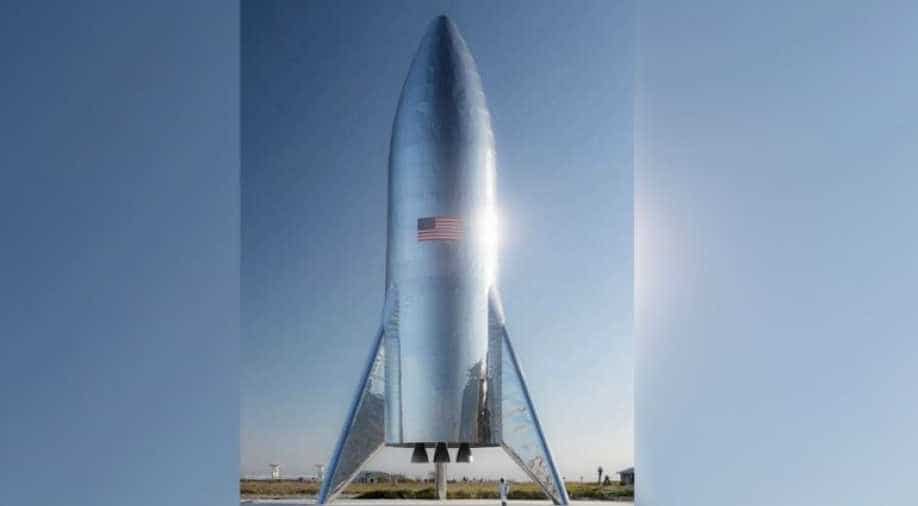 This image released by SpaceX CEO Elon Musk on January 11, 2019, shows the test version of the Starship Hopper, which awaits its first flight test in Texas in the coming weeks. The prototype was built in Boca Chica, along the Gulf Coast of Texas Photograph:( AFP )

SpaceX is considered one of the most ambitious companies of modern-day! The company have gone even further than anybody’s expectations.

An advertisement for job hiring for the company published on Tuesday revealed how the company is planning to develop floating spaceports to be used as launch sites for SpaceX’s “Super Heavy” launch vehicles.

Tech Crunch first reported how these rockets will be used to move large payloads to Moon, and probably to Mars. SpaceX CEO Elon Musk pointed that these would also be used for travelling on Earth.

Musk pointed out that the purpose behind the job posting, originally spotted by Dan Paasch will be to induct new people to help the company achieve this mission.

The upcoming Super Heavy rocket boosters, intended to be worked with its Starship spacecraft, will allow hypersonic travel on Earth, which would cut travelling time tremendously. Take this - flights that took over a day will now take only a couple of hours.

The basic goal of SpaceX, which was to put humans on Mars and the Moon, are primarily why such heavy machines are being developed. No official work seems to have begun yet.

Musk has reiterated his plans to “make humans an interstellar species”, with the idea to colonise multiple destinations, with Mars and Moon first on the list.

If the plan materialises, not just space but travelling on the planet might become a lot easier! The rationale is to enable travel at the edge of Earth’s atmosphere, which will cut down both on the duration and the fuel cost for the flight. If that happens, one may be able to travel from New York City to Paris in under an hour.