'We all come from star dust' is no longer just a saying, and scientists agree! 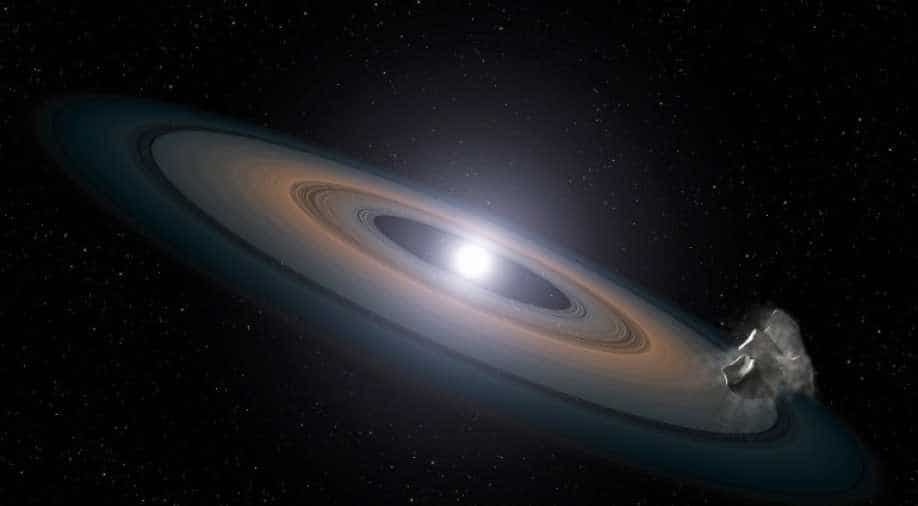 This illustration released on May 9, 2013 by the NASA/ESA/STSCI is an artist's impression of the thin, rocky debris disc discovered around the two Hyades white dwarfs Photograph:( AFP )

Most stars, after completing their life cycle simply become white dwarfs, which refers to the core of what once used to be a star

For clarity - all stars have an expiry date. When they die, they go out with a large explosion which is called a “supernova”. Stars usually collapse due to the weight of gravity when they run out of fuel, which produces a strong explosion. Additionally, some stars simply morph into a black hole. There are the two ways for stars to go out.

What are white dwarfs?

Most stars, after completing their life cycle simply become white dwarfs, which refers to the core of what once used to be a star. And now, astronomers claim that the core material is the key ingredient in all living forms.

This core contains carbon atoms, which are the key components of every living form. 90 per cent of all stars in the universe turn into white dwarfs after finishing their life-cycle. 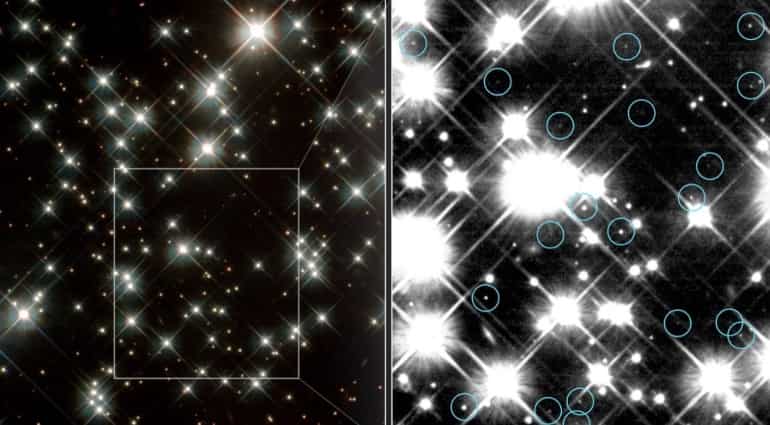 These Hubble Space Telescope images released 24 April 2002 by NASA show the oldest burned-out stars in our Milky Way Galaxy. Located in the globular cluster M4, these small, dying stars - called white dwarfs, circled in blue, - are giving astronomers a fresh reading on one of the biggest questions in astronomy: How old is the universe? The ancient white dwarfs in M4 are about 12 to 13 billion years old. A section of that region is seen in the picture at left . A sampling of an even smaller region of the cluster is shown at right and is only about one light-year across | AFP

What's in the core?

The dwarfs have a very high temperature, running as high as 99,000 degree Celsius. Over billions of years, the stars cool down and become dimmer, until only the core remains. The other remains that are shedded off by these bodies contain carbon, which is the fourth-most found chemical in the universe. No life can function without carbon! All of the carbon in the universe is released by stars.

In the study mentioned above, scientists observed stars in the Milky Way, and analysed the data of a star before they became dwarfs and in the aftermath. The bigger the star, the bigger its dwarf, ie, the core! However, scientists realised the mass of the core was much bigger than previously thought.

Based on the study, the astronomers ascertained that stars bigger than 2 solar masses contributed in the universal dissemination of carbon, while stars smaller than 1.5 solar masses did not.

Their study points to a basic and imperative conclusion, that carbon has been trapped in the universe for more than 4.6 billion years, when our Solar System was formed.

Not sleeping enough? Your brain might be eating itself