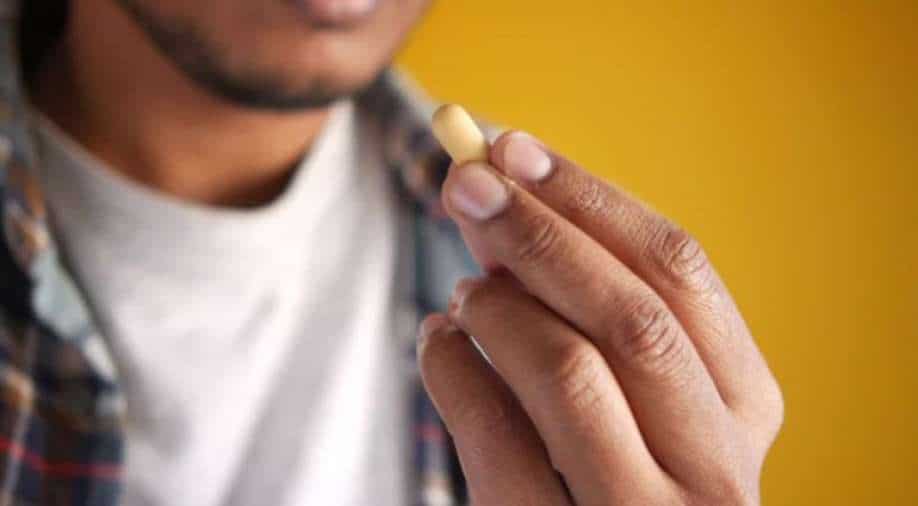 The researchers noted that this study focused on the originals SARS-CoV-2 virus but new tests will be conducted to test the vaccine against the Omicron variants. (representative image) Photograph:( Others )

According to researchers, the vaccinations that are injected to muscle, enhance the production of immunoglobulin A (IgA), the immune system’s first line of defence against pathogens in the lungs and nose

A study conducted on animals has shown that a covid vaccine developed to be administered orally not only protects fighting against the coronavirus, but also reduces the airborne dissemination of the SARS-CoV-2 virus to the others in close contact, reported by PTI.

The study published in the journal Science Translational Medicine, shows that the vaccine has the capacity to neutralise the virus through mucosal tissue, limiting the infections and the spread of the active airborne particles.

In the study, which used hamsters for trials, the vaccine induced a strong antibody response in the blood and lungs.

When the animals were exposed to large doses of the SARS-CoV-2 virus, causing a breakthrough infection they were found to be less symptomatic and had lower quantities of infections virus in their nose and lungs than the non-vaccinated hamsters.

As a result, they did not shed as much virus through routine airborne exposures, according to the researchers.

Stephanie N Langel of Duke University Medical Centre in the US said, “Considering most of the world is under-immunised and this is especially true of children, the possibility that a vaccinated person with a breakthrough infection can spread covid to unimmunised family or community members poses a public health risk.”

She further said that developing such vaccines will not only be beneficial for protecting against disease but will also decrease the chances of transmitting the virus to an unvaccinated person.

The researchers, which included teams from Vaxart, a US vaccine producer and Lovelace Biomedical Research Institute, a clinical research non-profit, examined the vaccine that uses an adenovirus as a vector to express the virus spike protein. The SARS-CoV-2 uses the spike protein to enter and infect human cells.

According to researchers, contrary to the vaccinations that are injected to muscle, mucosal immunisations enhance the production of immunoglobulin A (IgA), the immune system’s first line of defence against pathogens in the lungs and nose.

They said that these mucosal ports of entry are then protected making it rare for a vaccinated person to transfer infection during cough or sneezing. As per the researchers, the human vaccination is designed to be consumed as a pill.

Researchers noted that this study focused on the original SARS-CoV-2 virus, but new tests will be conducted to test the vaccine against the Omicron variants.