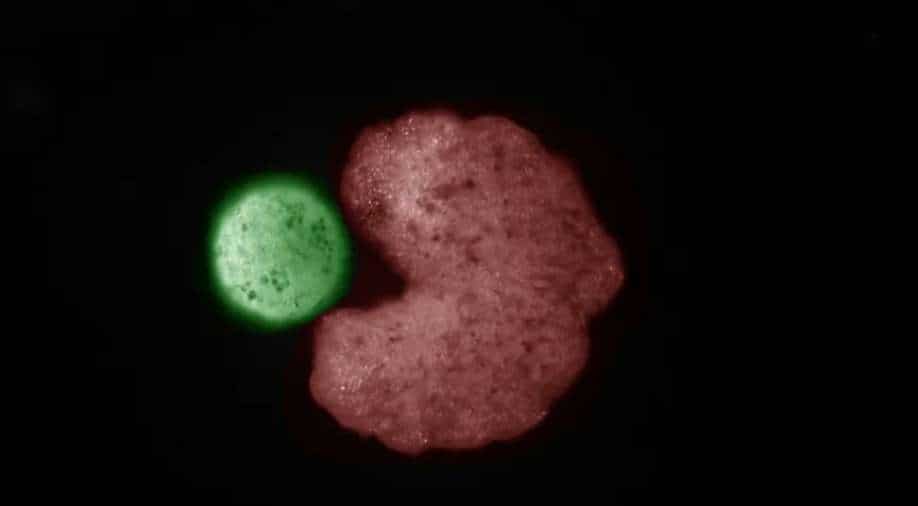 Never seen before: Scientists say 'living robots' they created can reproduce on their own Photograph:( Twitter )

In a first, scientists from the University of Vermont, Tufts University, and the Wyss Institute for Biologically Inspired Engineering have created self-replicating living robots. Earlier, this same team developed the world's first living robot - Xenobots.

Now, these Xenobots can find single cells, gather hundreds of them together, and create their baby version inside their mouth. During the process, these embryonic cells would develop into skin.

These cells were designed in a lab from genome of a frog.

"People have thought for quite a long time that we've worked out all the ways that life can reproduce or replicate. But this is something that's never been observed before," says co-author Douglas Blackiston, PhD, the senior scientist at Tufts University.

Also read | Looking for 'friendly faces': Tech company will pay you US $200,000 for the rights to your face

Experiments which were conducted earlier shocked scientists as to how the Xenobots could be designed complete easy tasks. Now they are stunned at their ability of replicating.

The scientists created Xenobots by scraping living stem cells from frog embryos. They then left them to incubate. After this, the cells were cut and reshaped into specific "body forms."

The cells later started to work on their own. The skin cells combined to form a structure. These pulsing heart muscle cells enabled the robot to move on its own. Little did the scientists know that the the Xenobot, once after it became a parent, was capable of forming a sphere.

"These are frog cells replicating in a way that is very different from how frogs do it. No animal or plant known to science replicates in this way," says Sam Kriegman, PhD, the lead author on the new study, in a report by Science Daily.