NASA to send stadium-size balloon to study formation of stars 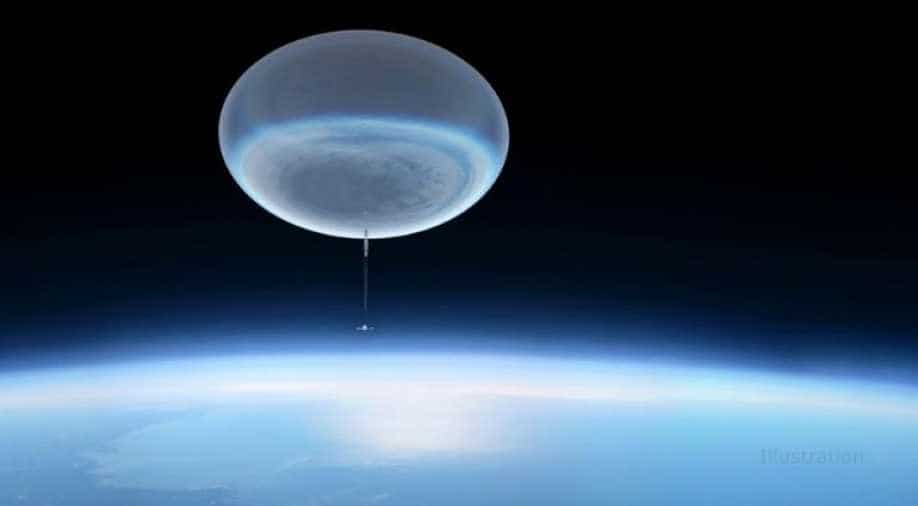 The illustration shows a high-altitude balloon ascending into the upper atmosphere. (Image courtesy: NASA) Photograph:( Others )

Astrophysics Stratospheric Telescope for High Spectral Resolution Observations at Submillimeter-wavelengths (ASTHROS) is tentatively planned to launch in December 2023 from Antarctica.

The National Aeronautics and Space Administration (NASA) is gearing up to carry a cutting-edge 8.4-foot telescope high into the stratosphere aboard a balloon of the size of a football stadium.

Astrophysics Stratospheric Telescope for High Spectral Resolution Observations at Submillimeter-wavelengths (ASTHROS) is tentatively planned to launch in December 2023 from Antarctica. It is a part of the space agency's Scientific Balloon Program.

ASTHROS will be stationed at an altitude of about 130,000 feet, roughly four times higher than commercial airliners fly'' to observe far-infrared light, or light with wavelengths much longer than what is visible to the human eye.

The balloon will spend about three weeks above the icy southern continent and will study four main targets, including two star-forming regions in the Milky Way galaxy.

According to an article published in NASA's Jet Propulsion Laboratory (JPL), the telescope will be placed in the outer atmosphere, that is stratosphere to observe light wavelengths that are "blocked" by Earth's atmosphere.

"The mission will pave the way for future space missions by testing new technologies and providing training for the next generation of engineers and scientists," he added.

The finishing touches on the design for the observatory's payload, which includes its telescope, its science instrument, and such subsystems as the cooling and electronic systems, were put together by the mission team recently.

The mission will make the first detailed 3 dimensional maps of the speed, density, and motion of gas in these regions to see how the newborn giants influence their placental material.