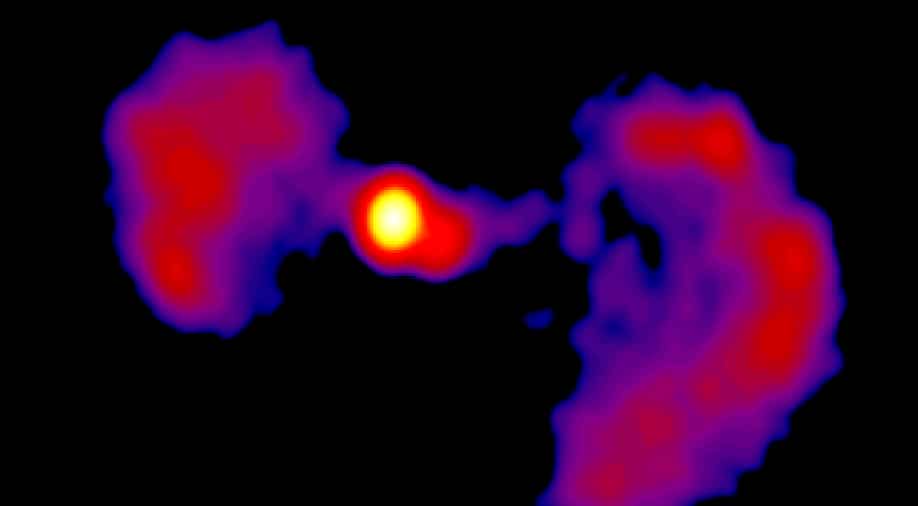 This galaxy was originally discovered in 2015 through gamma rays. However, scientists haven’t had a full grasp of what it looked like until now.

NASA's Fermi Gamma-ray Space Telescope has spotted a galaxy which resembled to TIE Fighter, a famous and fictional ship from Star Wars.

This galaxy is 500 million light-years away from Cassiopeia. The galaxy is called TXS 0128+554. It is an active galaxy that emits more life than all of the stars within the galaxy altogether.

This galaxy was originally discovered in 2015 through gamma rays. However, scientists haven’t had a full grasp of what it looked like until now.

Matthew Lister, Purdue University professor and lead author of the study that examined the galaxy, said it reminded him of “Star Wars.”

He said: "We zoomed in a million times closer on the galaxy using the (Very Long Baseline Array’s) radio antennas and charted its shape over time. The first time I saw the results, I immediately thought it looked like Darth Vader’s TIE fighter spacecraft from ‘Star Wars: Episode IV – A New Hope.’"

"That was a fun surprise, but its appearance at different radio frequencies also helped us learn more about how active galaxies can change dramatically on decade time scales," he added.