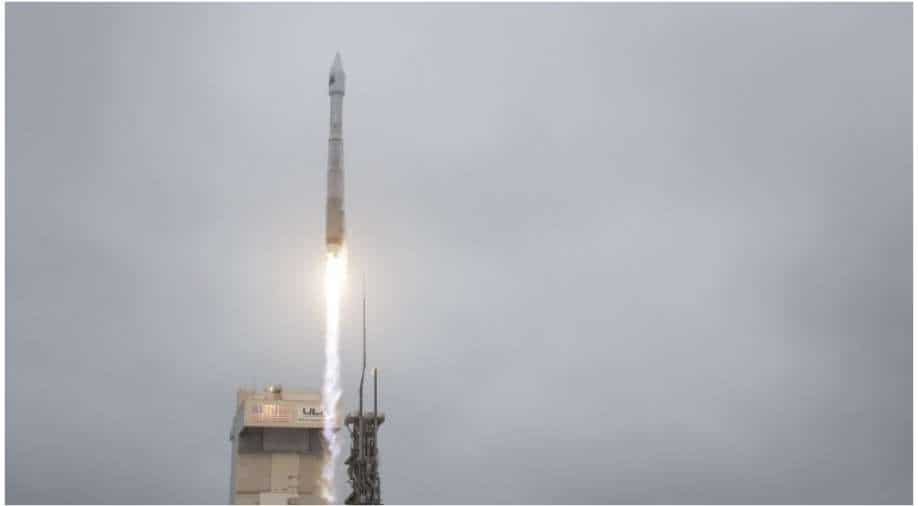 The satellite is a joint mission between NASA and US Geological Survey (USGS). Landsat 9 is a powerful satellite built to monitor Earth's land surface

The US space agency National Aeronautics and Space Administration (NASA) on Monday successfully launched Landsat 9 which is a powerful satellite built to monitor Earth's land surface. The launch took place at 2:12 pm EDT from Vandenberg Space Force Base in California. Landsat 9 is a joiNT NASA and US Geological Survey (USGS) mission. The satellite was carried by a United Launch Alliance Atlas V rocket from Vandenberg`s Space Launch Complex 3E.

Norway`s Svalbard satellite-monitoring ground station acquired signals from the spacecraft about 83 minutes after launch. Landsat 9 is performing as expected and will eventually settle into its final orbit that takes it over the planet`s poles, at an altitude of about 438 miles (705 kilometres).

"NASA uses the unique assets of our own unprecedented fleet, as well as the instruments of other nations, to study our own planet and its climate systems," said NASA Administrator Bill Nelson."With a 50-year data bank to build on, Landsat 9 will take this historic and invaluable global program to the next level. We look forward to working with our partners at the US Geological Survey and the Department of the Interior again on Landsat Next, because we never stop advancing our work to understand our planet," added Nelson.

"Today`s successful launch is a major milestone in the nearly 50-year joint partnership between USGS and NASA who, for decades, have partnered to collect valuable scientific information and use that data to shape policy with the utmost scientific integrity," said Secretary of the Interior Deb Haaland.

"As the impacts of the climate crisis intensify in the United States and across the globe, Landsat 9 will provide data and imagery to help make science-based decisions on key issues including water use, wildfire impacts, coral reef degradation, glacier and ice-shelf retreat, and tropical deforestation," added Haaland.

The first Landsat satellite launched in 1972. Since then, the US space agency has always kept a Landsat in orbit to collect images of the physical material covering our planet`s surface and changes to land usage.The images allow researchers to monitor phenomena including agricultural productivity, forest extent and health, water quality, coral reef habitat health, and glacier dynamics. "The Landsat mission is like no other," said Karen St. Germain, director of the Earth Science Division at NASA Headquarters in Washington.