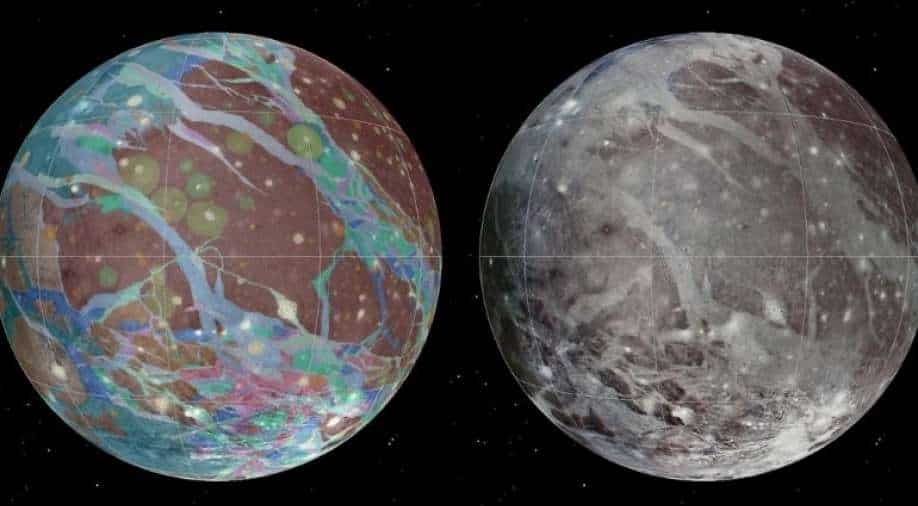 The signals from Ganymede originated from electrons due to electromagnetic fields

The National Aeronautics and Space Administration (NASA) has detected FM radio signals from Jupiter's moon Ganymede for the first time.

However, the US space agency clarified that it is a ''natural function'' rather than a sign of extraterrestrial life, that is the existence of aliens.

The signals from Ganymede originated from electrons due to electromagnetic fields. The process causes electrons within to whirl and oscillate much slower than their spin rate.

As a result, all electromagnetic and radio waves get amplified and are picked up by spacecraft hovering in space. These electrons also create auroras in the ultraviolet spectrum.

NASA will extend two of its planetary discovery missions including its Juno which detected the "cyclotron maser instability (CMI)" from Ganymede in the first place.

"Electrons spiralling in Jupiter's magnetic field are thought to be the cause of the radio noise we hear," NASA said in a statement.

Like Earth, Ganymede has a liquid iron core that generates a magnetic field, though Ganymede’s field is embedded within Jupiter’s magnetic field. That sets up an interesting dynamic with telltale visuals – twin bands of glowing aurora around Ganymede’s northern and southern polar regions. As Jupiter rotates, its magnetic field shifts, causing Ganymede’s aurora to rock.

NASA Planetary Science Division Director Jim Green called the finding “an astounding demonstration.” “They developed a new approach to look inside a planetary body with a telescope,” Green said.

Ganymede boasts a lot of water, perhaps 25 times the volume of Earth’s oceans. Its oceans are estimated to be about 500 miles (800 km) deep.

Ganymede is one of five moons in the solar system thought to have oceans hidden below icy surfaces. Two other moons, Europa and Callisto, orbit the big gas planet Jupiter. The moons Titan and Enceladus circle the ringed gas planet Saturn.