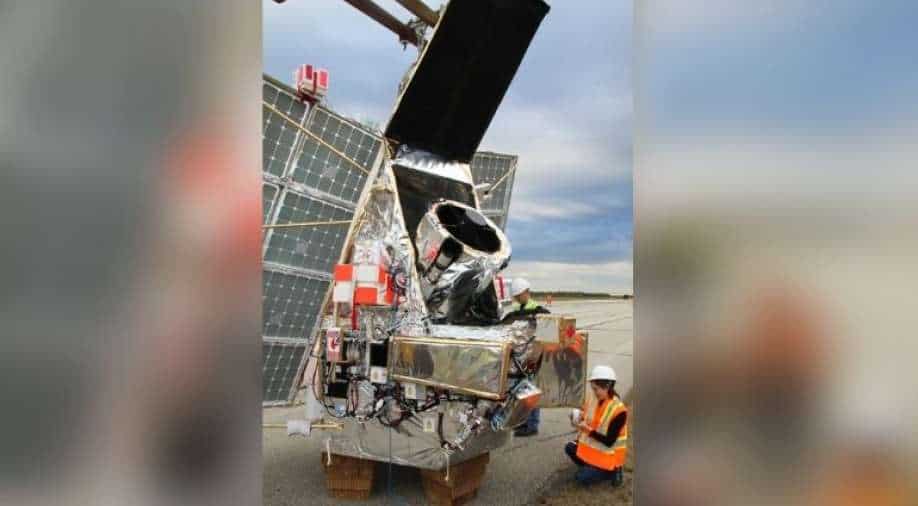 Hubble Telescope has already outlived its lifespan. Originally planned for 10 years, the telescope has managed to take pictures for three decades now. But the recent failure of the telescope suggests that it may be nearing the end of its life cycle. SuperBIT may be the perfect successor. Here's why!

Hubble Telescope's rival is set for take off in the next year! The Superpressure Balloon-borne Imaging Telescope (SuperBIT) will be sent into the upper atmosphere via a strapped balloon - roughly the size of a modern stadium.

The images taken by SuperBIT would rival the famous Hubble, which has clicked mesmerising spacescapes. The SuperBIT telescope will fly 45 kilometres (28 miles) above Earth's surface and will float across the globe while taking images of the universe.

In April 2022, the telescope will be deployed from New Zealand a by a team of scientists from the University of Toronto and NASA.

Owing to NASA's new superpressure balloon design, the telescope will be able to remain in the air for months after deployment. Another telescope called the James Webb Telescope is set for a November launch. Unlike Webb, which will operate in infrared, SuperBIT will function along the same frequencies of light as Hubble.

Also read: Down for a month: NASA faces Hubble Space Telescope's most serious glitch in years

Scientists behind the project are pitching SuperBIT as Hubble's successor.

The telescope cost $5 million and offers flexibility for it can be flown down for repairs and upgrades as per needs. On the other hand, the Hubble telescope was built with $1.5 billion!

The floating observatory - one of its kind, was built by scientists from Durham, Princeton and Toronto universities in collaboration with NASA and Canadian Space Agency.

Scientists are also considering the possibility of a whole fleet of airborne telescopes in the future.

The telescope attaches to a helium balloon roughly the size of a football stadium. Once functional, it should be able to click high-resolution images of distant entities in the universe including galaxies, planets, and stars.

During a test flight in 2019, the balloon exhibited stability, making it ready to be used. The SuperBIT has a mirror wit diameter of 0.5 metres and will be lifted to the altitude of 40 kilometres by a helium balloon.

Hubble Telescope has already outlived its lifespan. Originally planned for 10 years, the telescope has managed to take pictures for three decades now. But the recent failure of the telescope suggests that it may be nearing the end of its life cycle.