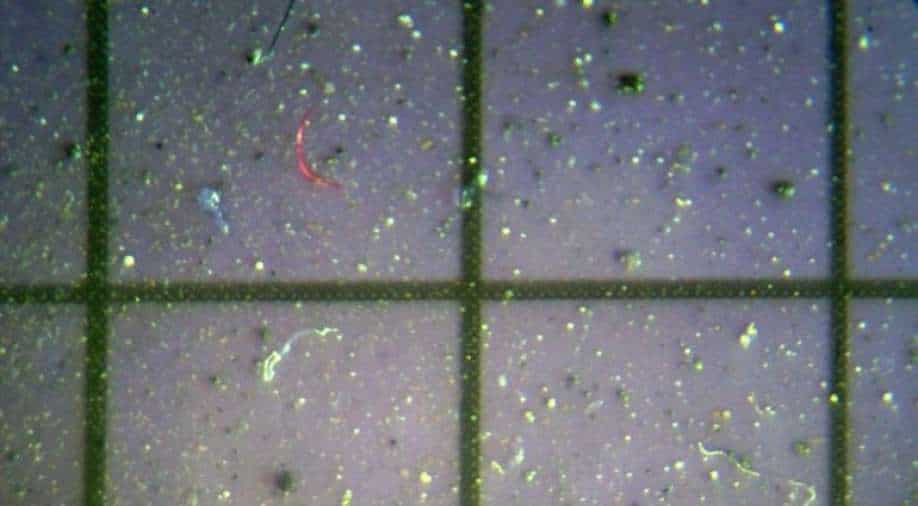 Microplastic particles found in snow samples taken in Siberia are seen through a microscope at a laboratory in Tomsk, Russia March 17, 2021 Photograph:( Reuters )

It’s raining plastic - literally! 1,100 tonnes of micro plastics float in the skies of United States at any moment. Microplastics are increasingly being found across species and were recently spotted in a human placenta.

A new modelling was published in the Proceedings of the National Academy of Sciences and showed that 84 per cent of airborne micro plastics in Western USA came from roads outside of major cities.

An additional 11 per cent potentially came from the winds coming in from the ocean. Researchers behind the model also believe that the microplastics remain airborne for at least a week.

The particles raining down on humans are smaller than 5 millimetres and can be traced back to multiple sources including plastic bags and bottles that are thrown into waterways. Over time, these break into smaller pieces.

The study cited washing machines as another source, for synthetic clothes release tiny microfibres after every wash, which are then into the water.

Plastics that are released into the ocean disintegrate into smaller pieces over time but never completely disappear. Even now, the number of microplastics in the ocean continue to increase.

Microplastics continue to threaten marine life and could also pose threat to humans if consumed in large quantities. Plastic pollution is considered the major pollutant of oceans, and many patches of plastic garbage have emerged in the oceans over the last few decades.