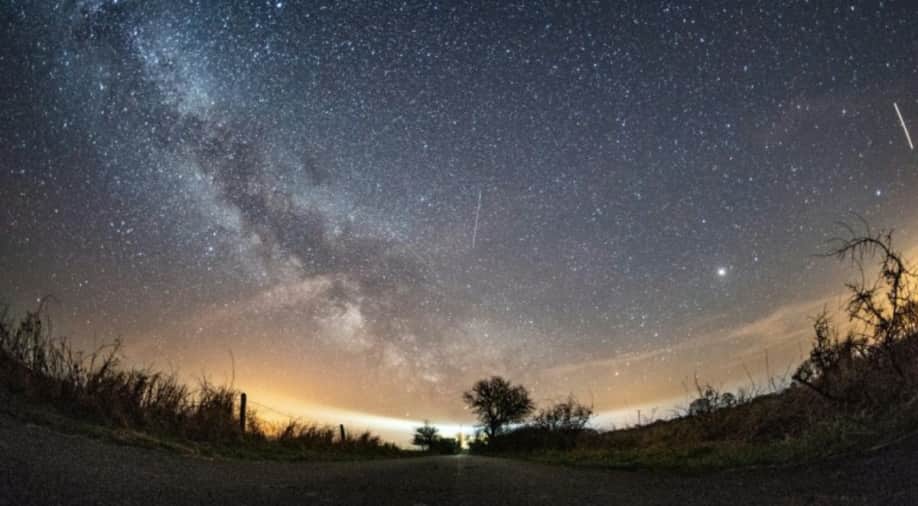 Tau Herculids comet to make an appearance on May 30 Photograph:( Agencies )

Meteor Tau Herculids, which is a fragment of the parent comet 73P/Schwassmann-Wachmann 3 (SW3) discovered in the 1930s, might make an appearance between the night of May 30 and the early morning of May 31

Between the night of May 30 and the early morning of May 31, the sky would be lit-up with a brief, but, intense meteor display, thanks to a comet that split apart in 1995 and is apparently still fragmenting.

According to NASA, a new meteor shower— the Tau Herculids — might erupt, perhaps ranking with the best of the annual meteor displays in a week from now.

This meteor, Tau Herculids, is fragment of the parent comet 73P/Schwassmann-Wachmann 3 (SW3).

Two German astronomers— Arnold Schwassmann and Arno Arthur Wachmann of Hamburg Observatory—had found this comet in 1930. It orbits the sun every 5.4 years.

But being so faint, SW3 wasn’t seen again until the late 1970s, seeming pretty normal until 1995, when astronomers realised the comet had become about 600 times brighter and went from a faint smudge to being visible with the naked eye during its passage.

Upon further investigation, astronomers realised that SW3 had shattered into several pieces, littering its own orbital trail with debris.

By the time it passed our way again in 2006, it was in nearly 70 pieces, and has continued to fragment further since then.

And the comet will be in our evening sky again in July and August 2022.

Bill Cooke, who leads NASA’s Meteoroid Environment Office, said, “This is going to be an all or nothing event. If the debris from SW3 was traveling more than 220 miles per hour (354 kph) when it separated from the comet, we might see a nice meteor shower. If the debris had slower ejection speeds, then nothing will make it to Earth and there will be no meteors from this comet.”