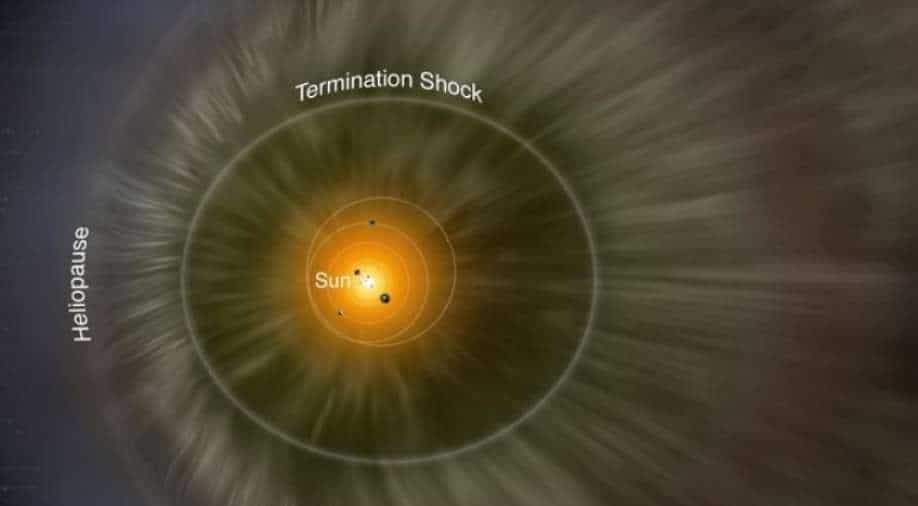 Ever thought about what lies at the edge of our very own solar system? Turns out, it’s a blob (and a lot more)!

The universe holds secrets we’re not completely programmed to understand. But humanity is always at the cusp of a breakthrough when it comes to knowledge accumulation and the new 3D map of our solar system proves just that!

Ever thought about what lies at the edge of our very own solar system? Turns out, it’s a blob!

What's the edge of our solar system?

The edge of our system is where cosmic forces collide. On one edge lies solar wind comprising charged particles that emanate from the Sun. On the other side lie winds of space, laden with radiation absorbed from billions of stars situated nearby.

Solar winds or flares cause blackouts on Earth every once in a while but otherwise do an excellent job of protecting the planet from space radiation.

According to LiveScience, the solar winds wrap our solar system in a protective layer, preventing 70 per cent of space radiation from entering our system. Earth’s own magnetic shield does the job of protecting us from the leftover radiation.

This protective layer is called the heliosphere and its edge is called heliopause. At this junction lies a physical border where our solar system ends and the outside space begins.

What does the 3D map reveal?

On June 10, a new study in the Astrophysical Journal revealed the first 3D map of the heliosphere ever.

To achieve this, scientists used data collected by NASA’s Interstellar Boundary Explorer satellite over 10 years. Using this, they tracked particles in solar winds that travel from the Sun to the edge of solar system and back.

Based on this, they calculated how far the solar wind was able to go before being blown back by interstellar radiation. This allowed the researchers to map the edges of our solar system.

The map shows how the heliosphere isn’t really a sphere, but a squishy looking blob-like entity with inconsistent borders. In one end the border is thick while it is extremely thin on the other side.

This is because the Sun is also locked in orbit at the centre of the Milky Way, akin to Earth’s orbit around Sun. In one direction, the Sun has more scope of pushing out solar winds that counter interstellar radiation, explaining the inconsistency of the border.