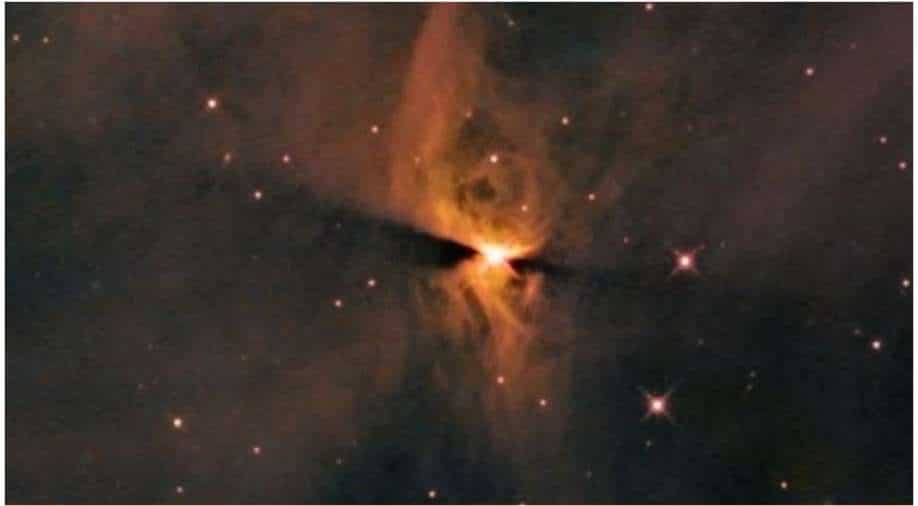 Stars are a brilliant to look at. The specs of light adorning the black sky impart a sense of calm.

But the process of star formation is a violent one.

A mass of gas in a corner of space comes together. Dense clumps of this cloud coalesce due to processes known as local stellar wind. The gas is thus pushed together. When the density reaches a high enough point, clumps of gas collapse under their own gravity and form a spinning protostar. The material around the star forms a disc and gets attracted to the star due to its gravity therby increasing the gravity and carrying the process of star formation ahead.

At some point, the star begins to give out what is called solar wind and this in addition to several other processes limit the growth of the star and it starts on the path to become a full-fledged star!

The region of space around this protostar is still dusty. That means the protistar is still in its infancy and matter is still being spooled into it making it bigger.

This protostar is roughly 400 to 600 light-years away.