'How life began': Study explains how a moon helps create life on a planet 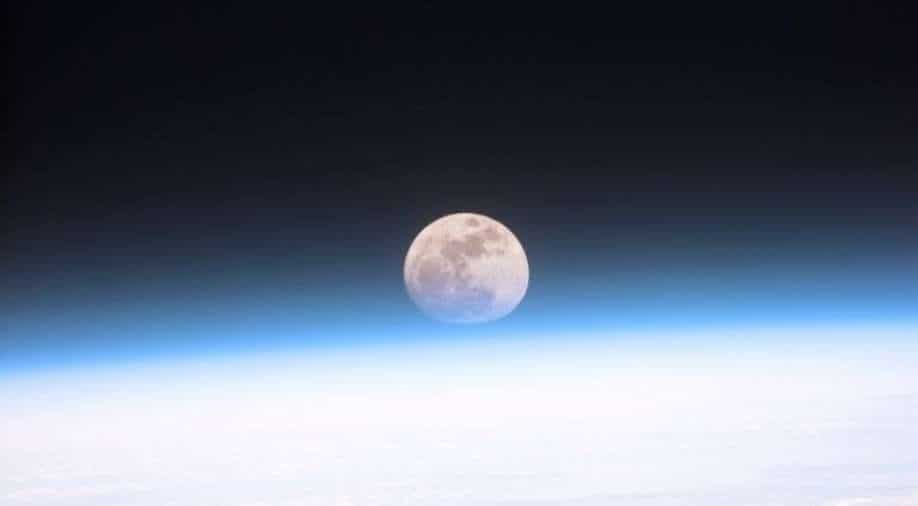 Earth's moon is unique among planets in that it is large compared to the size of the Earth; its radius is larger than a quarter of Earth's radius, a much bigger ratio than most moons to their planets. Photograph:( WION Web Team )

The moon is essential to the functioning of Earth; as it controls the length of the day and ocean tides, which affect life cycles on our planet. Additionally, the moon makes the Earth's climate more stable by stabilising its spin axis, which provides an ideal environment in which life can develop.

According to a recent study, a moon could also be an advantageous feature in harbouring life on other planets.

Earth's moon is unique among planets in that it is large compared to the size of the Earth; its radius is larger than a quarter of Earth's radius, a much bigger ratio than most moons to their planets.

Prof. Miki Nakajima, assistant professor of earth and environmental sciences at the University of Rochester, was intrigued by the distinction.

She and her colleagues from the Tokyo Institute of Technology and the University of Arizona examined moon formations in the study that she led and concluded that only certain types of planets can produce moons that are large relative to their host planets.

"By understanding moon formations, we have a better constraint on what to look for when searching for Earth-like planets," Nakajima said. "We expect that exomoons [moons orbiting planets outside our solar system] should be everywhere, but so far we haven't confirmed any. Our constraints will be helpful for future observations.

"Many scientists have historically believed Earth's large moon was generated by a collision between proto-Earth--Earth at its early stages of development--and a large, Mars-sized impactor, approximately 4.5 billion years ago. The collision resulted in the formation of a partially vaporized disk around Earth, which eventually formed into the moon."

Also read | More and more companies opting for robots. Are Robots taking over the workforce?

Nakajima and her colleagues conducted computer simulations with a number of hypothetical rocky planets and ice planets of varying masses in order to determine whether other planets can form similar large moons.

The team hoped to identify whether the simulated impacts would lead to partially vaporized disks, much like the disk that formed Earth's moon.

"We found that if the planet is too massive, these impacts produce completely vapour disks because impacts between massive planets are generally more energetic than those between small planets," Nakajima said.

"As a result, we conclude that a completely vapour disk is not capable of forming fractionally large moons," Nakajima said. "Planetary masses need to be smaller than those thresholds we identified in order to produce such moons."

The constraints Nakajima and her colleagues outline are vital for astronomers looking for exoplanets and possible exomoons; researchers have yet to find a moon orbiting a planet beyond the solar system.

It is hoped that this research will help them identify where to start.

As Nakajima said: "The exoplanet search has typically been focused on planets larger than six earth masses. We are proposing that instead, we should look at smaller planets because they are probably better candidates to host fractionally large moons."