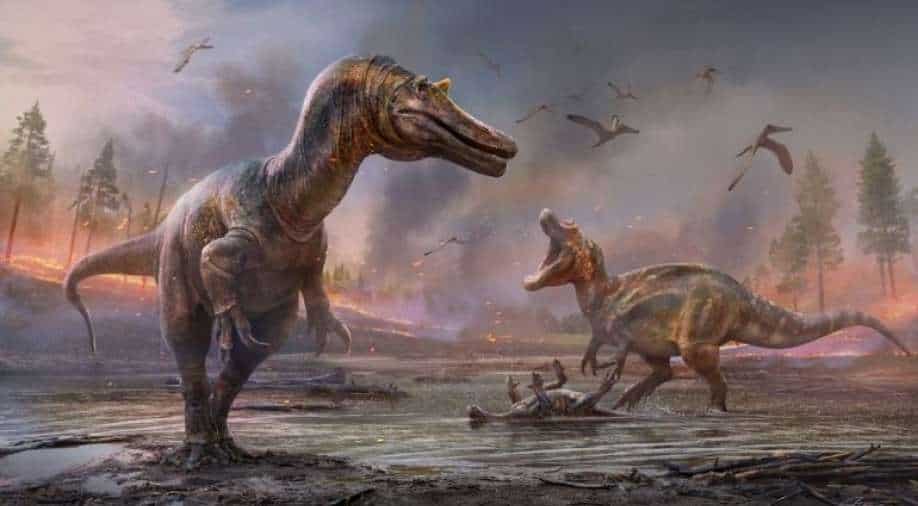 Scientists have discovered a new species of dinosaur with an extremely large nose called 'hell heron.'

The unique dinosaur with a ''bulbuous'' nasal bone has been identified by a retired researcher called Jeremy Lockwood.

The Natural History Museum in London had several collections of bones from the Isle of Wight, southern England. It is one of Europe's richest locales for dinosaur remains.

While cataloguing every iguanodon bone, Lockwood noticed the dinosaur was different from the plant-eating Iguanodon bernissartensis and Mantellisaurus atherfieldensis.

He said, ''I was convinced that subtle differences between bones would reveal a new species, so I set out to measure, photograph and study the anatomy of each bone.''

While reconstructing the skeleton of the dinosaur, Lockwood noticed that it had 28 teeth while Mantellisaurus has 23 teeth.

The study, published in the Journal of Systematic Paleontology, discusses in the herbivorous dinosaur in detail. It is about eight metres in length and weighs 900 kg.

''This discovery made it one of the happiest days of lockdown,'' said Lockwood.

The skeleton was found associated with one of the United Kingdom’s most complete theropods.

Lockwood said ''It seems so unlikely to just have two animals being exactly the same for millions of years without change.''

Fossils found on a rocky beach show there was double trouble on England's Isle of Wight about 127 million years ago, with a pair of large previously unknown dinosaur predators living perhaps side by side, both adapted to hunting along the water's edge.

The largest land animals in Earth's history were the sauropod successors of sauropodomorphs, as exemplified by a later denizen of Patagonia called Argentinosaurus that reached perhaps 118 feet (36 meters) in length and upwards of 70 tons.