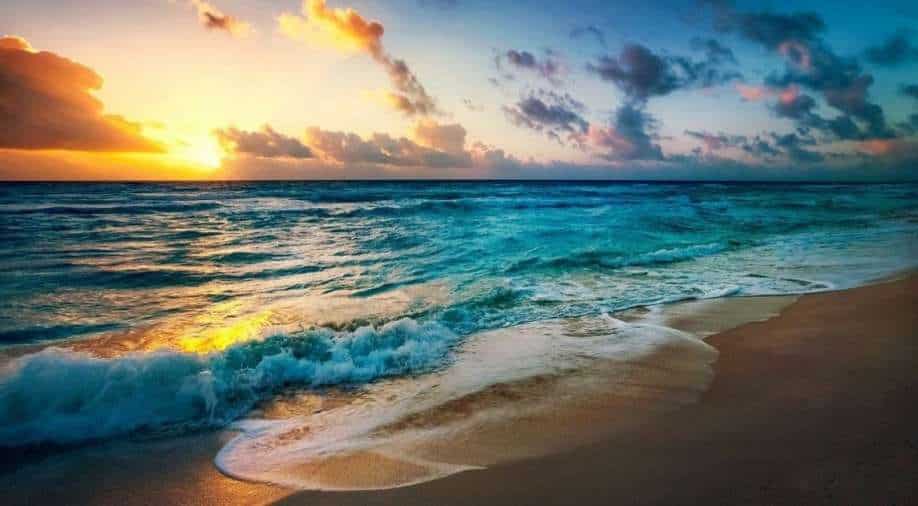 Scientists have mapped sea surface temperatures over the last 150 years. Photograph:( Others )

New research highlights the existing concerns of global warming as it has been revealed that the world's oceans passed the "point of no return" back in 2014 and the time we live in has become the new normal.

The study, published in the Plos Climate journal, stated that for the global ocean, 2014 was the first year to exceed the 50 per cent threshold of extreme heat thereby becoming "normal", with the South Atlantic (1998) and Indian (2007) basins crossing this barrier earlier.

While explaining, the study stated that 'The Point of No Return (PoNR)' occurs when each series surpasses and remains above 50 per cent (dashed grey line), or when the historical baseline of extreme heat becomes 'normal'.

The research was aimed at determining a fixed benchmark for marine heat extremes globally and to find how much of the ocean surpassed this point, scientists have mapped sea surface temperatures over the last 150 years.

A part of the research read: "For the year 2019, our index reports that 57 per cent of the global ocean surface recorded extreme heat, which was comparatively rare (approximately 2 per cent) during the period of the second industrial revolution."

Kyle Van Houtan, who is part of the research team and also works at the Monterey Bay Aquarium in the US, said: "By using this measure of extremes, we've shown that climate change is not something that is uncertain and may happen in the distant future – it's something that is a historical fact and has occurred already."

Van Houtan added: "Ecology teaches us that extremes have an outsized impact on ecosystems. We are trying to understand the dramatic changes that we've seen along our coasts and in the ocean, on coral reefs, kelp, white sharks, sea otters, fish, and more."

The study mentioned that the recent increases in extreme climatic events have raised concerns over climate change impacts and at the same time, people often look forward to seeking reliable information on past and projected changes to adapt and plan accordingly.