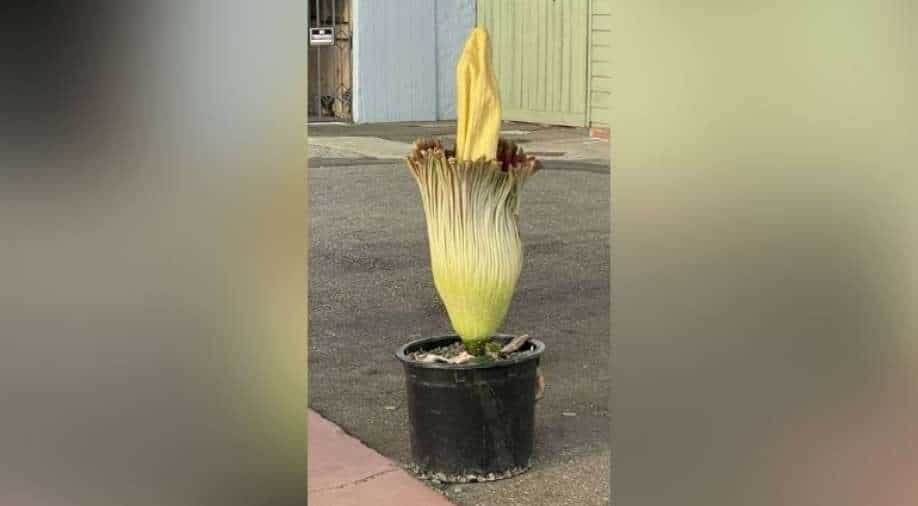 This flower is infamous for its hideous smell which is often described as 'filthy', 'equivalent to thousand pukes', 'similar to rotten corpse', and worse

When nature gives you a peek at an atrocious-smelling flower, you line up for hours to smell it.

The corpse flower, technically known as amorphophallus titanium, is a rare plant that takes seven to ten years to bloom and dies within a few days.

Considering it is a rare flower now, with less than 1,000 remaining worldwide, the buzz around the blooming days of this flower is always welcomed by people interested in flowers.

Also read | What if space junk and climate change become the same problem?

However this time, Solomon Leyva, a nursery owner in Alameda city in California, started posting about the possible blooming of this flower on his social media accounts. As he saw people taking interest in the rare flower, he decided to let them get a peek at the foul-smelling bloom too. 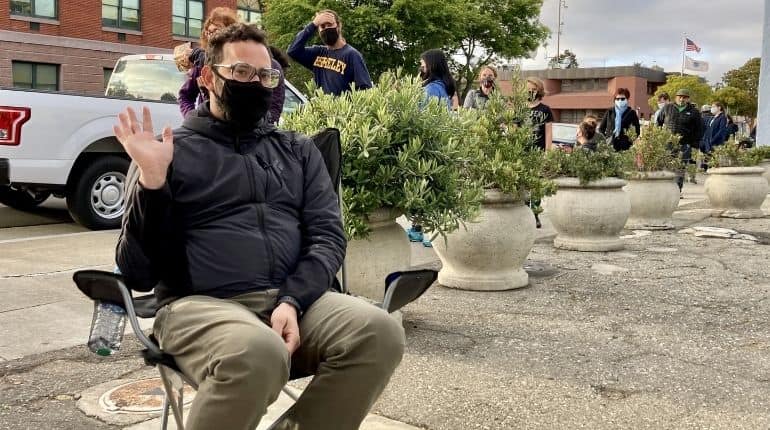 Leyva decided to wheel out the flower from his nursery to an abandoned building in Alameda, earlier this week, and as people got to know about it, they started lining up to get a peek of it.

"I grabbed my wagon, went down to my greenhouse, put it in with the help of a friend of mine, dragged it down here to this abandoned building and people just started showing up," Levya said.

This flower is infamous for its hideous smell which is often described as 'filthy', 'equivalent to thousand pukes', 'similar to rotten corpse', and worse.

It is super cool on Day 2 as well! https://t.co/2VtIYI6Qrv pic.twitter.com/TypN9yyLMZ

The last time, in the recent past, people got to see this blooming flower was when it was displayed in San Francisco but people were disappointed as it was protected by a barrier and onlookers could not get close to it, he was told by many visitors.

"Everyone is commenting to me that the last time they've seen this was in San Francisco, and there was a barrier, and they had to wait for hours, and they weren’t allowed to get near it," Leyva said. "I think everyone’s tripping out that they can walk up and wiggle it and smell it."

This rare flower is known to grow up to 12 ft tall and release a foul smell to attract pollinators during its blooming days. However, the plant dies within a few days of its blooming.