'Earth's only chance in catastrophe': Astronomers are developing ingenious system to pulverise asteroids 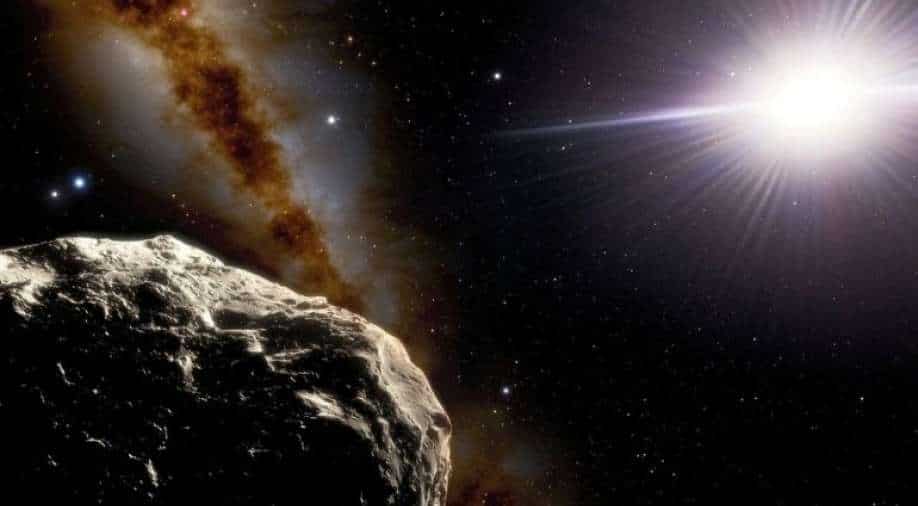 An undated illustration shows the asteroid called 2020 XL5, an asteroid companion to Earth that orbits the sun along the same path as our planet, which is about 1.2 kilometers (0.73 miles) in diametre. It is known as a Trojan asteroid and is only the second one known around Earth. Photograph:( Twitter )

Astronomers are developing an ingenious system to pulverise asteroids that they believe is the ''Earth's only chance in a catastrophe.''

"So far, humanity has been spared large-scale catastrophe as was visited upon our previous tenants, but counting upon being 'lucky' is a poor strategy in the longer term," said Professor Philip Lubin from the University of California Santa Barbara.

The experiment will be conducted on Trojan asteroids that can be wanderers in the solar system or material left over from their home planet's formation. They become ensnared by the planetary gravitational grip and subsequently orbit the sun along the same path as that planet. 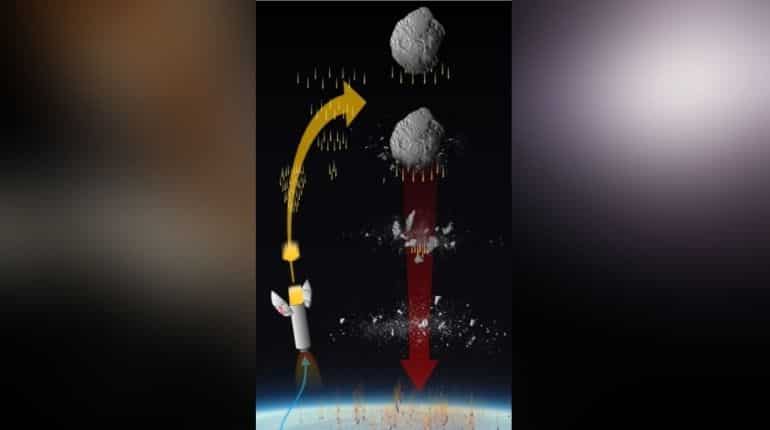 "In short intercept scenarios, the asteroid fragments of maximum ~10-meter [about 33 ft] diameter allow the Earth's atmosphere to act as a 'beam dump' where the fragments either burn up in the atmosphere or air burst, with the primary channel of energy going into spatially and temporally de-correlated shock waves," Lubin said.

"The effectiveness of the approach depends on the time to intercept and size of the asteroid, but allows for effective defense against asteroids in the multi-hundred-meter diameter class and could virtually eliminate the threat of mass destruction caused by these threats," Lubin explains.

"Compared to other threat reduction scenarios, this approach represents an extremely cost-effective, testable, and deployable approach with a logical roadmap of development and testing. Pre-deployment of the system into orbit or a lunar base allows for rapid response on the order of less than a day if needed," Lubin said.

"The great advantage of this approach is that it allows for terminal defense in the event of short warning times and target distance mitigation where orbital deflection is not feasible," said Lubin.

"Even intercepts as close as the Moon with intercept times of a few hours prior to impact are viable."

The National Aeronautics and Space Administration has also launched a test mission DART spacecraft that they hope will alter an asteroid's trajectory with sheer kinetic force, plowing into it at high speed to nudge the space boulder off course just enough to keep our planet out of harm's way.

The asteroid that DART is aiming for poses no actual threat and is tiny compared with the cataclysmic Chicxulub asteroid that struck Earth some 66 million years ago, leading to extinction of the dinosaurs. But scientists say smaller asteroids are far more common and of greater theoretical concern in the near term.

DART's target is an asteroid "moonlet" the size of a football stadium that orbits a chunk of rock five times larger in a binary asteroid system named Didymos, the Greek word for twin.

The team behind DART, short for Double Asteroid Redirection Test, chose the Didymos system because its relative proximity to Earth and dual-asteroid configuration make it ideal for observing the results of the impact.

The plan is to fly the DART spacecraft directly into the moonlet, called Dimorphos, at 15,000 miles per hour (24,000 kph), bumping it hard enough to shift its orbital track around the larger asteroid.