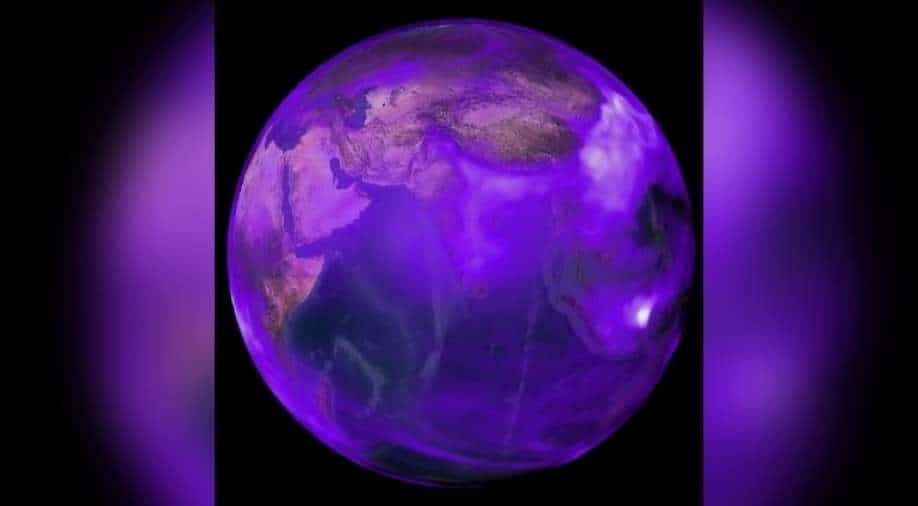 Earth's interior is gobbling down more carbon than previously thought.

Scientists from the from Cambridge University and NTU Singapore recently ascertained that slow-motion collisions of tectonic plates take place in the Earth's interior... on a way larger scale than prior assumptions. What does this mean?

Carbon stores in the Earth's interior are still elusive and cycle carbon over millions of years. According to scientists, carbon which is drawn into the Earth's interior remains tucked away at great depths and does not generally show up in the form of volcanic release.

The findings, published in Nature Communications focus specifically on "subduction zones" in the Earth's interior where tectonic plates collide and are forced deeper into inside zones.

They found that only a third of the carbon which is recycled beneath volcanic regions returns to the Earth's surface through recycling. Until now, it was believed that the carbon that goes down mostly ends up returning to the surface.

To tackle climate change, scientists need to find way to reduce the amount of Carbon Dioxide in our planet's atmosphere. And with such observations from the deep Earth, scientists may be able to better understand the nature of carbon on Earth. They want to establish how carbon travels and interacts between the atmosphere, oceans and life on the surface.

Carbon situated in the deepest parts of Earth is responsible for regulating atmospheric Carbon Dioxide levels.

What did the scientists do?

Surface carbon can reach the Earth's deep zones only through plate subduction, as mentioned above. Instead of what scientists thought was returning to Earth from volcanoes, the carbon is pushed deeper into the Earth through chemical processes, essentially working in the Earth's favour and limiting scope of greenhouse effect.

Cambridge University's team undertook the experiments at the European Synchrotron Radiation Facility where low concentrations of metals were observed under high pressure and temperature conditions.

To recreate the conditions of subduction zones where tectonic plates reside, they used a heated "diamond anvil". Based on this, they ascertained that carbonate rocks (which resemble chalk) lose calcium but gain magnesium when pushed into the Earth's mantle.

Owing to this process, the carbon material does not dissolve into volcanic fluids, but is instead pushed deeper into the mantle where it may become diamond, proving not all carbon returns to the surface.