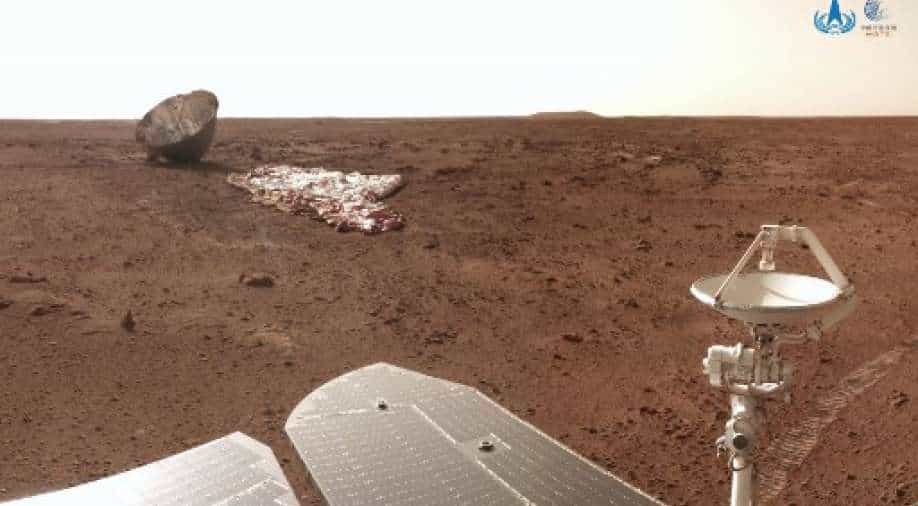 China has poured billions of dollars into its space programme with the Zhurong rover expected to bring back crucial information on Mars.

According to China's Aerospace Science and Technology Corporation (CASC), the Zhurong rover travelled over 1,000 metres on the surface of Mars creating a new record.

The rover marked the hundredth day of its landing on Mars recently after landing on the red planet on May 15. China had launched the rover last year in July.

China had earlier declared the rover's mission was a "compelte success" and that it had completed all its tasks.

Zhang Rongqiao, chief designer of China's Mars exploration had informed that the rover will continue to go further to continue exploration.

Last week astronauts at the Tiangong space station had undertaken a spacewalk for the second time to work on the thermal unit and to adjust the camera.

Long March-2F rocket carrying the three astronauts in the Shenzhou-12 spacecraft located in northwest China's Gobi desert had taken the astronauts into space.

"We have a better understanding of the atmosphere on Mars now. Normally we believe temperatures on the planet are around -60 to -50 degrees Celsius," China's CGTN quoted Liu Jianjun, chief designer of the ground as saying.

Chinese scientists are reportedly set to receive information from Mars every month. Reports say the mission has so far collected over 420 gigabytes of data from both the rover and the orbiter including soil samples.

The country has poured billions of dollars into its space programme with the rover expected to gather crucial data to help Chinese scientists to ensure further space exploration.