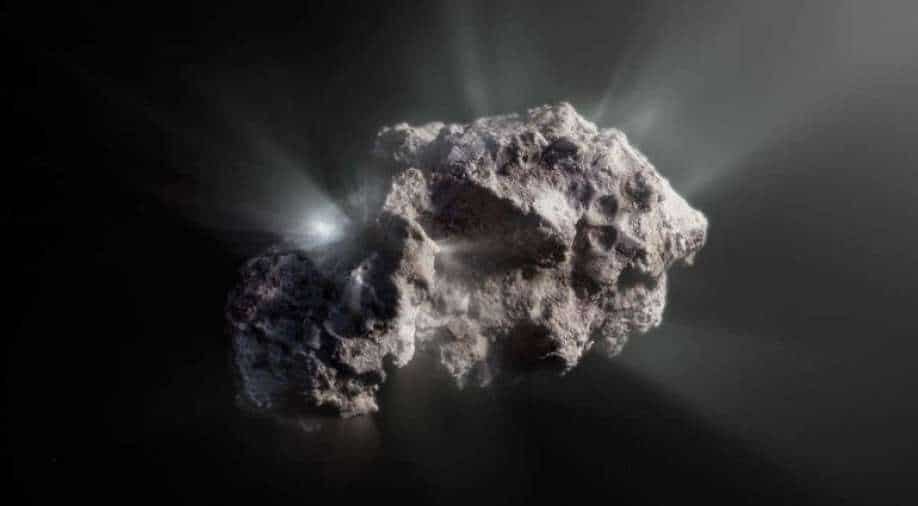 Pristine, in astronomical terms, describes a comet that has never passed close enough to a star to be transformed by its searing heat

Astronomers have observed the most ''pristine'' visitor from outer space ever seen in our Solar System, according to a pair of studies released Tuesday detailing its unique characteristics.

Pristine, in astronomical terms, describes a comet that has never passed close enough to a star to be transformed by its searing heat.

2I/Borisov was discovered in 2019 by Ukrainian astrophysicist Gennady Borisov at the MARGO Observatory in Crimea and is only the second interstellar object detected in our planetary system.

The first, the asteroid known as Oumaumua, which roughly means "Scout" in the Hawaiian language, baffled scientists for its unprecedented properties.

Both objects had trajectories unbound by the Sun, suggesting they came our way through the emptiness of deep space from another Solar System.

Writing in the journal Nature Communications, an international team describe how 2I/Borisov's coma, the nebulous envelope around the nucleus of a comet, polarised light at a higher rate than typical comets.

This is evidence that the comet probably didn't pass very close to its own star before embarking on its interstellar voyage.

The heat from a star can evaporate a comet's ice particles, liberating dust particles.

Lighter particles form the comet's tail while heavier ones fall back on to its surface, building a crust. Observing the tail of a comet can help scientists see how pristine or intact it is.

Co-author Lioudmila Kolokolova from the University of Maryland's Department of Astronomy explained the findings with reference to the coma, the cloud of gases and particles enveloping the comet core.

"Since we have observed a very homogeneous coma, without any signs of jets and other features, we suppose that the comet does not have a crust," she said.

"Thus it is really a pristine object, not affected much by radiation and charged particles."

The researchers said that only one other comet, Hale-Bopp, discovered by amateur astronomers in 1995, had exhibited similarly polarised light.

A second paper, published in Nature Astronomy, analysed the dust in the 2I/Borisov's coma and found it consisted of tiny "pebbles".

This compact pebble dust may have resulted from its formation, "perhaps due to gravitational stirring by giant planets much like in our own Solar system" according to lead author Bin Yang, an astronomer at the European Southern Observatory.

She said that the indications were that 2I/Borisov's composition was "quite similar to a solar system comet".

There are likely to be far more interstellar objects out there in the vast expanse of space than the two observed so far in our Solar System, she added.

"We think there are many asteroids and comets around other stars," she said.

"However, because of the vast distance between us and other stars, the odds of finding these wandering objects is extremely low."