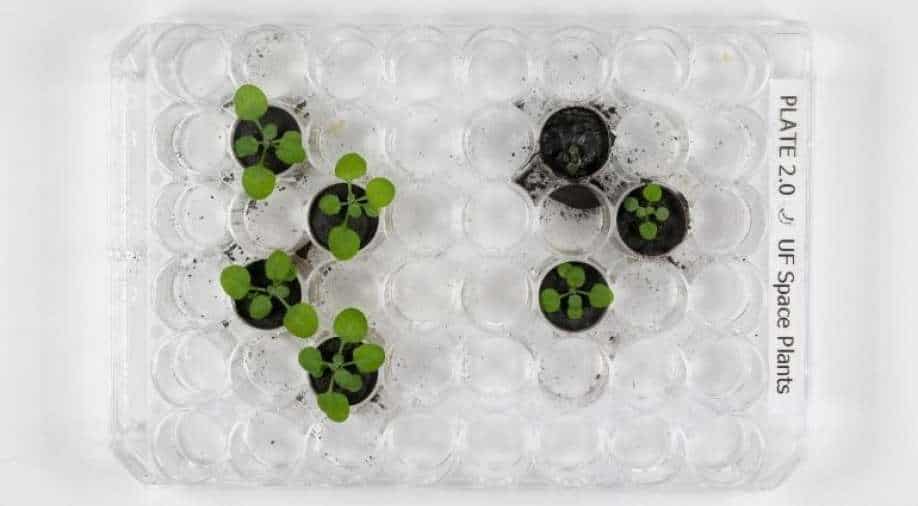 To conduct the experiment, NASA provided the soil of Moon, which is also called lunar regolith, to the researchers at the University of Florida. The soil given for the experiment had come from Apollo 11, 12 and 17 missions to the Moon. All the plants had germinated within 48 to 60 hours, as per the study

Not just Earth, the soil of Moon is also fertile enough to grow plants successfully, proved scientists through a study after achieving the feat for the first time in history. The research, which was funded by NASA, was published in ‘Communications Biology’ on Thursday. The discovery comes as a breakthrough to give the possibility of harvesting plants on the moon in the future, NASA said.

In a statement on Thursday, Rob Ferl, who is one of the authors of the study, said, "We wanted to do this experiment because, for years, we were asking this question: Would plants grow in lunar soil. The answer, it turns out, is yes."

To conduct the experiment, NASA provided the soil of Moon, which is also called lunar regolith, to the researchers at the University of Florida.

Also Read: A super-long blood moon is gonna grace the skies soon. Here's how you can see it

The soil given for the experiment had come from Apollo 11, 12 and 17 missions to the Moon.

All the plants had germinated within 48 to 60 hours, as per the study.

Anna-Lisa Paul, another author of the study, said, "We were amazed. We did not predict that. That told us that the lunar soils didn't interrupt the hormones and signals involved in plant germination."

For the first time ever, scientists have grown plants in lunar soil.

This @UF and @NASASpaceSci experiment using Apollo Moon samples could shape the future of sustainable astronaut missions to deep space. Dig into the story: https://t.co/ZtUvowKi8e pic.twitter.com/PWGzev7lmN

With around a gram of lunar soil, the researchers potted the plants in plastic plates with thimble-sized wells. The soil was moistened with a nutrient solution and thale cress seeds were added. The trays were then put into terrarium boxes by the researchers.

Watch | Decoding UFOs: What do we know about ‘flying saucers’?

By the sixth day, the plants began to grow differently in lunar soil than the control group. The plants in Moon soil grew slower and displayed "stunted roots, the researchers found. “Additionally, some had stunted leaves and sported reddish pigmentation," NASA said.

After tests were conducted on the completion of 20 days, the plants in lunar soil were found to be under stress, NASA said.

The research is key to understanding "how plants might overcome stressful conditions in food-scarce areas here on Earth," NASA administrator Bill Nelson said.