A dead star in our galaxy is emitting radiation never witnessed before! 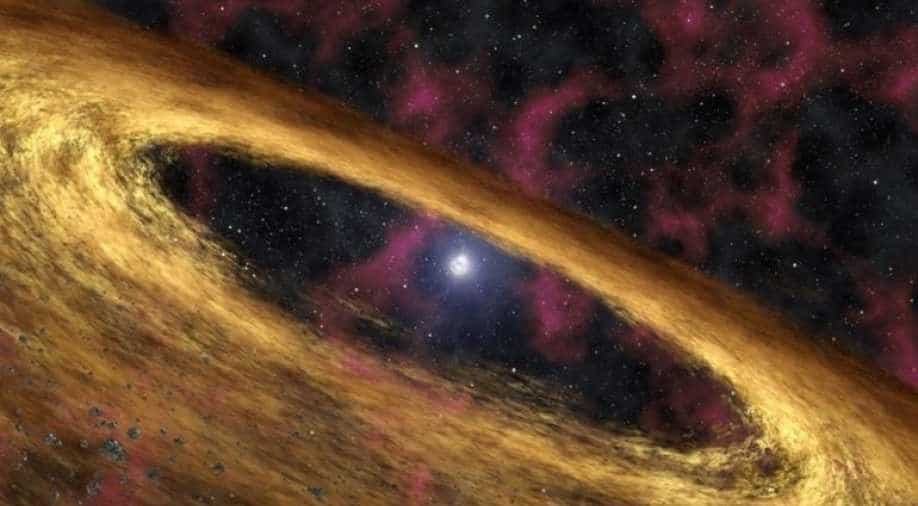 This artist's concept obtained from NASA 06 April 2006, depicts a type of dead star called a pulsar and the surrounding disk of rubble discovered by NASA's Spitzer Space Telescope. The pulsar, called 4U 0142+61, was once a massive star until about 100,000 Photograph:( AFP )

Most stars, after completing their life cycle simply become white dwarfs, which refers to the core of what once used to be a star

Stars have an expiry date and die out like all entities in the universe. Everything in the universe, including our sun will become non-functional at one point in the future.

When they die, they go out with a large explosion which is called a “supernova”. Stars usually collapse due to the weight of gravity when they run out of fuel, which produces a strong explosion. Additionally, some stars simply morph into a black hole. These are the two ways for stars to go out.

Most stars, after completing their life cycle simply become white dwarfs, which refers to the core of what once used to be a star. Astronomers claim that the core material is the key ingredient in all living forms.

"INTEGRAL discovery of a burst with associated radio emission from the magnetar SGR 1935+2154”, which studied and recorded this data, by S Mereghetti et al was recently published in the Astrophysical Journal Letters.

Recently, a collaboration of telescope based research across the globe found that a dead star is emitting an unusual combination of radiation in the Milky Way galaxy. This has never been witnessed before. 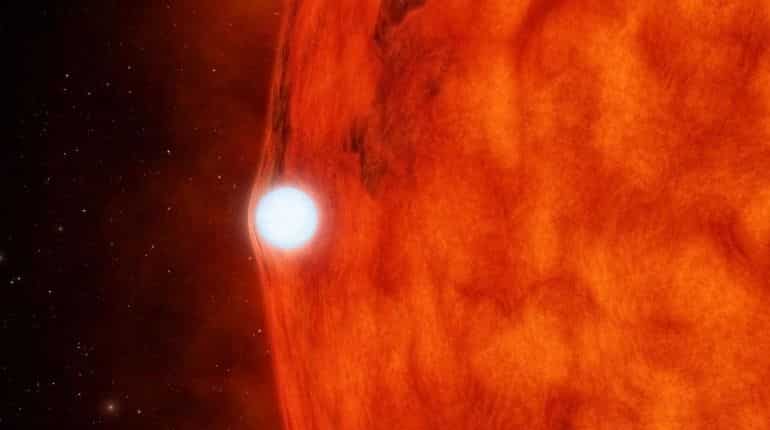 This NASA artist's animation obtained April 10, 2013 depicts an ultra-dense dead star, called a white dwarf, passing in front of a small red star. As the white dwarf crosses in front, its gravity is so great that it bends and magnifies the light of the red star. NASA's planet-hunting Kepler space telescope was able to detect this effect, called gravitational lensing, not through direct imaging, but by measuring a strangely subtle dip in the star's brightness. The red dwarf star is cooler and redder than our yellow sun. Its companion is a white dwarf, the burnt-out core of a star that used to be like our sun. Though the white dwarf is about the same diameter as Earth, 40 times smaller than the red dwarf, it is slightly more massive. The two objects circle around each other, but because the red dwarf is a bit less massive, it technically orbits the white dwarf. Kepler is designed to look for planets by monitoring the brightness of stars. If planets cross in front of the stars, the starlight will periodically dip. In this case, the passing object turned out to be a white dwarf not a planet. The finding was serendipitous for astronomers because it allowed them to measure the tiny "gravitational lensing" effect of the white dwarf, a rarely observed phenomenon and a test of Einstein's theory of relativity. These data also helped to precisely measure the white dwarf's mass. | AFP/NASA

The radiation involves two phenomena: magnetars and Fast Radio Bursts. The former refers to remains of stars which is home to the world’s most intense magnetic fields. Once active, the magnetars emit radiation harbouring high amounts of energy, which mostly last shorter than a second but produce more light than our sun!

Also read: Earth's magnetic poles may be flipping by 10° each year, way more than previously thought!

Fast Radio Bursts refers to waves that appear and disappear. These mostly last for lesser than a few milliseconds. These were first discovered in 2007. After disappearing, these are barely spotted again.

Until now, no such burst was detected in our galaxy!

In the month of April, scientists discovered something uncanny. A magnetar which was already logged six years ago suddenly showed signs of activity again. Its official name is “SGR 1935+2154”. However, as opposed to a usual magnetar, it was emitting radio waves alongside x-rays.

In essence, this may hold answers to the unsolved mysteries of magnetars and FRBs. Until this year, radio waves never emerged from a magnetar, or at least not on record.

The finding was confirmed across different space stations on the globe. This serves as the first basis for any scientific link between magnetars and FRBs, which were earlier seen as separate entities.

Scientists had, for a long time suspected that Fast Radio Bursts emerge from magnetars, which are also likely to be responsible for explosions that emit a large amount of light.